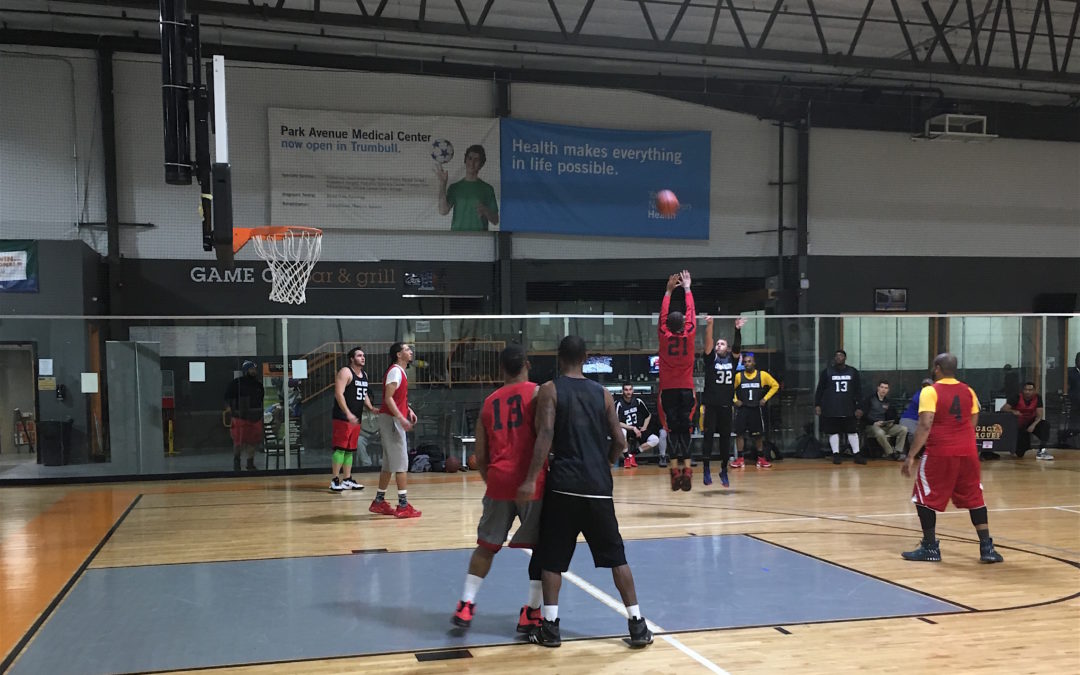 In a close see-saw game, the Cereal Killers continued their undefeated streak as they defeated The Firm by the score of 72-62.

The first half was dominated by The Firm with many highlight reel worthy plays. Markey DesRuisseaux was showing off his vertical as he posterizing the Cereal Killers time and again. Despite the dunking onslaught, going into the second half the Cereal Killers were only down by two.

“When the second half comes in we know exactly what we need to do and we execute a lot easier. That happens with any game that’s competitive from the beginning. So we let the first half go in the back and the second half we go crazy,” Thompson stated.

Going into the fourth quarter, Cereal Killers played their usual game while The Firm got sloppy. The Firm started missing shots and missing passes which resulted in turnovers. As the turnover bug caught them they started slacking on defense.