Cereal Killers coast past Light It Up in first round 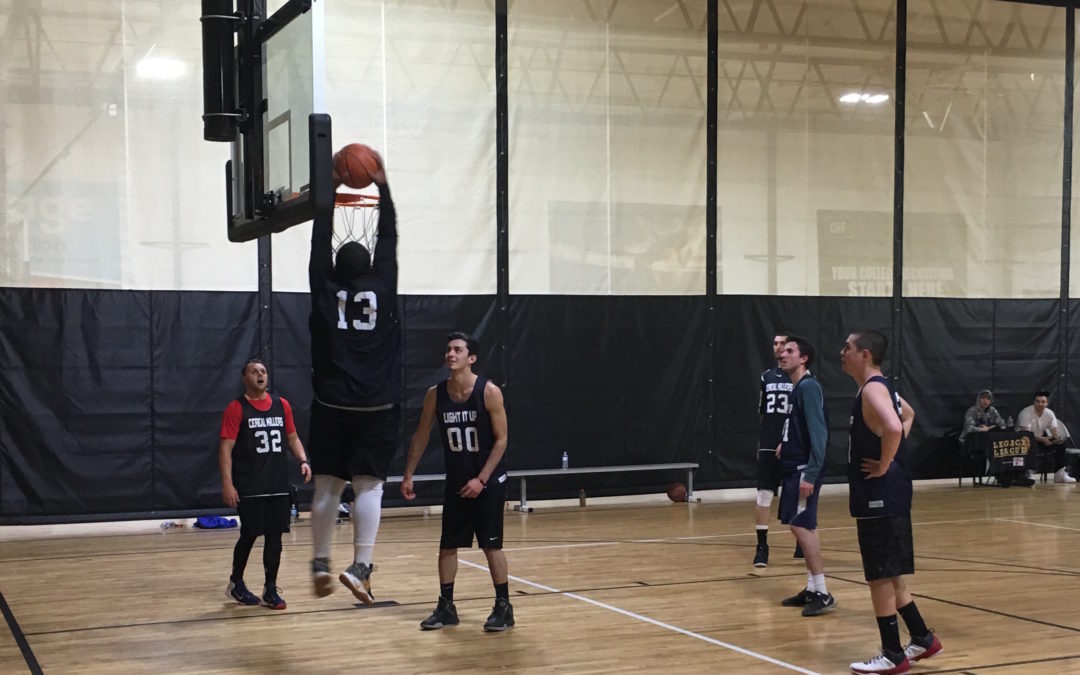 If you were hoping for a miracle upset for Light it Up over the undefeated Cereal Killers in the first round, you’re going to have to keep dreaming. The top seeded team in the Winter ’17 playoffs cruised past a depleted Light it Up roster, 135-87.

Light It Up were forced to play with a man down, as they only had three guys show up to play. The trio of Devin Luzietti Jake Miko, and Chris Rudzinski still fought all four quarters of the game even though it was clearly unlikely they were going to advance to the next round.

Luzietti held it down for his teammates scoring 42 (almost half) of his teams points, while Miko and Rudzinski added 35 and 10 respectively.

For the Cereal Killers, it was just another day at the office. It was clear right from the opening tip-off that they were going to show no mercy in their pursuit of a championship. Ty Coward led the team in scoring and rebounding on the night, putting up 29 points to go along with 20 rebounds.

The team also saw strong play from Mike Davis, Jay Thompson, and Nick Perry. Davis scored a quick 21 points before exiting the game early, while Thompson scored 26 points while shooting 13-for-20 from the field.

Perry might have played his most efficient game on the season, scoring 21 points shooting 10-for-15 from the field while also grabbing ten boards and dishing eight assists. Looking forward to the next round of the playoffs, Perry did not mince words.

“[We have to] just keep doing what we’ve been doing all year, keep winning. Stay undefeated still, that’s our goal going to the playoffs…that’s it just stay competitive,” Cereal Killers’ Nick Perry said.

Unfortunately for Light it Up, their season ends with a record of 1-8. For the still unbeaten Cereal Killers, they move on to the quarterfinals next week and will take on the winner of the matchup between Lob 203 and the Renegades.