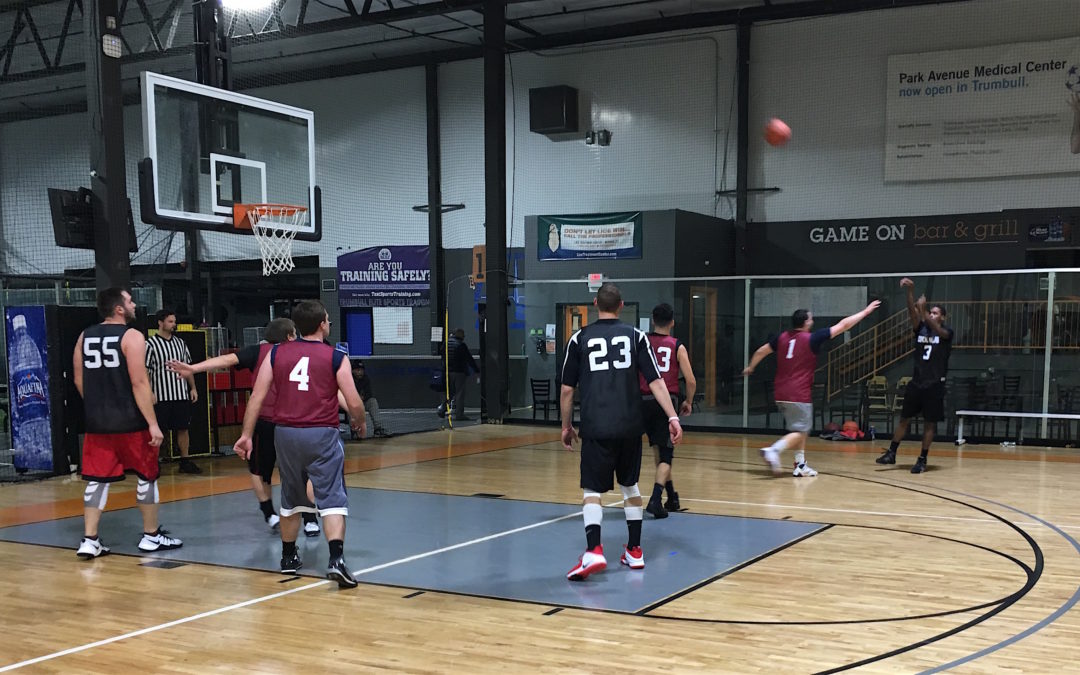 In the most lopsided game of The Legacy Leagues Winter 2017 season thus far, the Cereal Killers demolished The Avengers, 121-62.

Three balls and dunks rained all night long as the Cereal Killers poured it on from start to finish, never seeming to take their foot off the pedal.

“I’d say it’s even, it depends on the people we’re playing,” Cereal Killers’ guard Justin Thompson said. “If they don’t close out we’re gonna shoot it and if they do we’re gonna dunk it, so its pick your poison.”

The balanced attack was key throughout the night as everyone on the Cereal Killers, but Thompson, were in double figures for the game.  They were led by Tyrhon Coward, Mike Davis, and Nick Perry who had 33 points, 26 points, and 20 points respectively.  Davis also flaunted his defensive expertise with 7 steals.

After the dominant win, the Cereal Killers seemed to show that they were no strangers to dominance.

“If we set the tone like we did today I really don’t know if anyone could hang with us for four quarters,” Thompson said.  “We had three people that could put the ball in the basket at any time and I took a back seat, couple other people took a back seat, and anyone of us can score at any time so it depends on who wants to go off.”

On the other side, however, it was a complete 360 shift in emotion and body language for The Avengers.

Seeming like they wanted no part of the game defensively, giving up dunk after three after dunk again, they may have checked out of the game before it started.

Despite the poor showing, Zach Shapiro continued his hot shooting scoring 20 points for the Avengers.

Cereal Killers will look to continue their momentum next week against Light It Up, while The Avengers look to rebound against the Renegades.