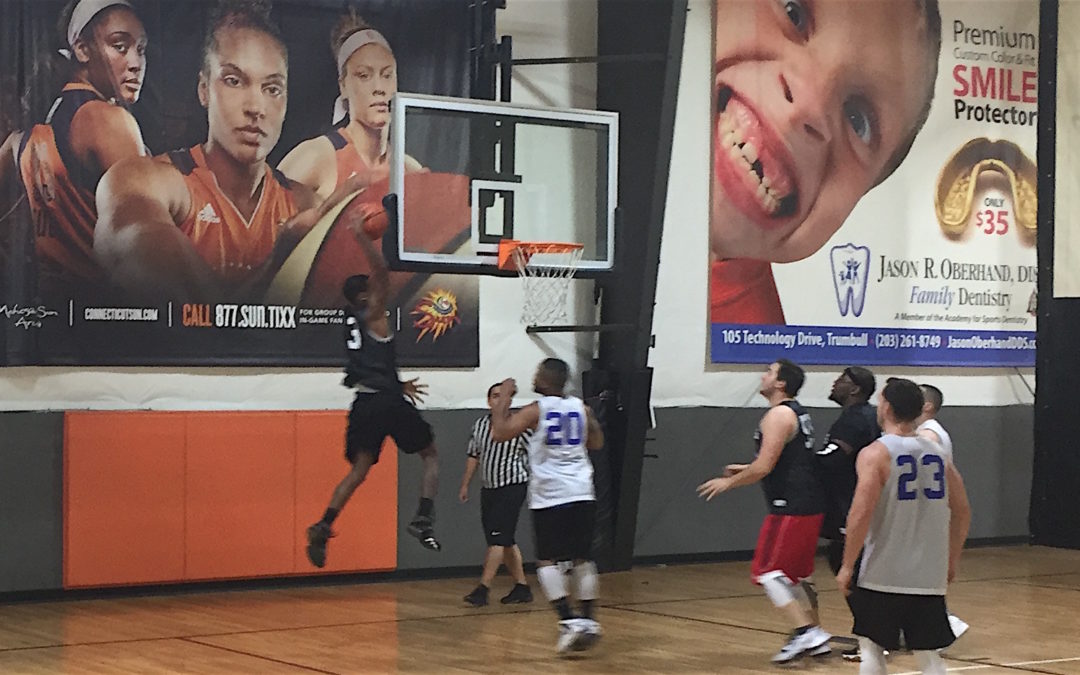 While White Magic has been playing some of their best basketball of late, they found themselves humbled this week as they saw themselves lose by 51 to the Cereal Killers, 103-52.

While White Magic found themselves on the board first, that’s just about the only time they enjoyed looking at the scoreboard. With a short bench and an uphill battle to begin with, White Magic had no answers for the undefeated Cereal Killers.

“We started off slow, but then the second squad came in and played really good defense,” the Ceareal Killers’ Nick Perry said. “We picked up the intensity and it really gave us a boost to go into the second half.”

While he was quiet through most of the first half, Michael Davis exploded after the break. Finishing the night with 27 points to lead his team, Davis showcased once again just how dominant he can be at any given time.

Davis would be joined by Tyrhon Coward and Justin Thompson in double digits with 23 and 17 points respectively. It was a total team effort for the Cereal Killers as the whole unit found their way into the score sheet in what was a statement blowout win.

On the other bench, White Magic was clearly fatigued forced to play with just five men tonight. Steven Buczek continued to be the anchor for this team scoring over half of his team’s points with 32 on the evening.

White Magic played inspired basketball last week with a win over Sportslook, but were quickly brought back down to Earth after the pummeling they were given by the Cereal Killers.

As the Cereal Killers inch closer to locking up at top-two seed for this year’s playoffs, White Magic is hoping to gain back some of the momentum they had built up with their back-to-back wins before tonight. While the result of tonight’s game might not surprise anyone, it was important for the Cereal Killers to add a commanding victory like this to their resume.