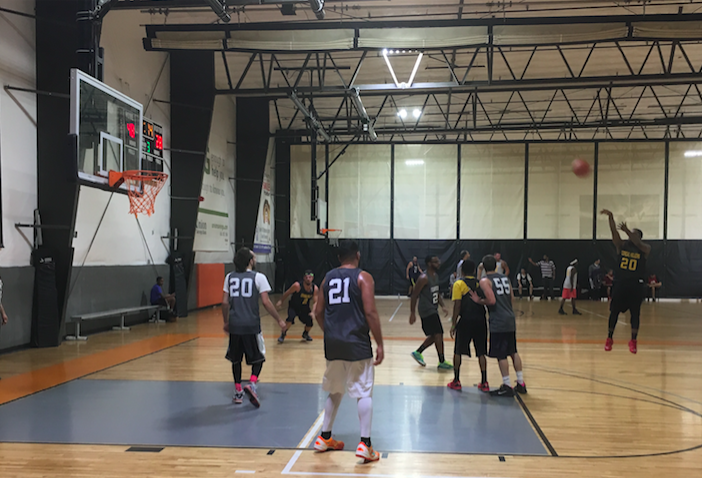 The Cereal Killers went back-and-forth with The Temptations, capturing a narrow win Tuesday night, 72-68, to improve to 2-0 on the young season.

The Cereal Killers distributed the ball to everyone, with five players scoring in double figures. Michael Masciola led the charge for the Cereal Killers with 17 points, capitalizing at the line, hitting 8-of-12 free throws.

Will Hudson missed a double-double by one rebound and anchored the Cereal Killers defense in the win.

“We got shooters who ain’t shooting because they’re not used to it,” Cereal Killers’ Tyrhon Coward said. “Once we get more attuned, I think we’ll be alright. My best friends, The Kekambas, I think they are next on the lunch menu.”

Although The Temptations (1-1) did not capture the victory, they played a solid game and showed that they belong in the conversation with the league’s best teams. They were top-heavy, with their top two scorers, Erik Silva and Carmine Santorelli, putting in 25 and 24 points respectively. The next highest scorer was Fred Milfort, who finished with eight.

Erik Silva continues to be unstoppable in the paint, now averaging 20 points per game on an unfathomable 86-percent shooting.   Looking at the raw numbers is even more revealing, as Silva is 19-for-22 from the field through two weeks.

Carmine Santorelli continues to be a dominant scorer, pouring in 54 points through two games. He entered this matchup coming off a 30-point outing against the Titans in week 1.

The Cereal Killers will look to continue their hot start against Sportslook (2-0) next week. This is a matchup of two undefeated powerhouses. The Temptations will attempt to reverse their fortunes against One Time (0-2) at 8pm in week 3.