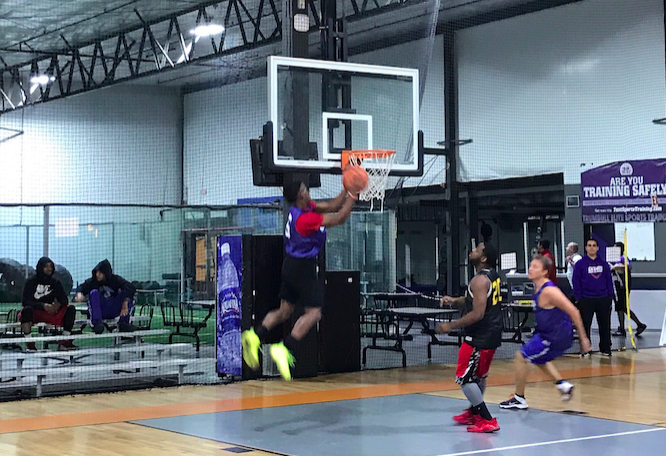 Riding on the coat tails of Reggie Stewart’s 31 and Ty Alston’s 23 points, Run TMC rallied after being down five at half to leave the Cereal Killers feeling a bit soggy, as Run TMC captures its fourth-straight by a score of 82-76.

“We’ve got to keep pushing,” Run TMC’s coach for the night Matt Zocco said. “Most importantly, we’re stopping them and converting missed shots into easy buckets.”

It did not come as easily as Run TMC had hoped, but they kept pushing and they eventually pushed hard enough to snag a late lead in this back and forth game. The speed and quickness become very evident at the end, as Run TMC was able to move the ball around, get out on breaks and force the Cereal Killers to sprint back on defense.

Run TMC carries another solid win into next week as they face-off against another surging squad in the 3-5 Titans. They will try to leap frog into the top five in the standings if they can win with some fortunate losses from teams currently above them in the standings.

The Cereal Killers were no slackers though. With five players hitting double digits, as well as Tyrhon Coward (20 points and 13 rebounds) and Will Hudson (20 points and 10 rebounds) both finishing with double-doubles, the Cereal Killers looked more fluid and effective even without their leading scorer Adam Samuel on the floor Tuesday night. They must continue this trend, but find a win next week against dismal One Time team to better their playoff standing.