Cereal Killers second half surge propels them past Sportslook 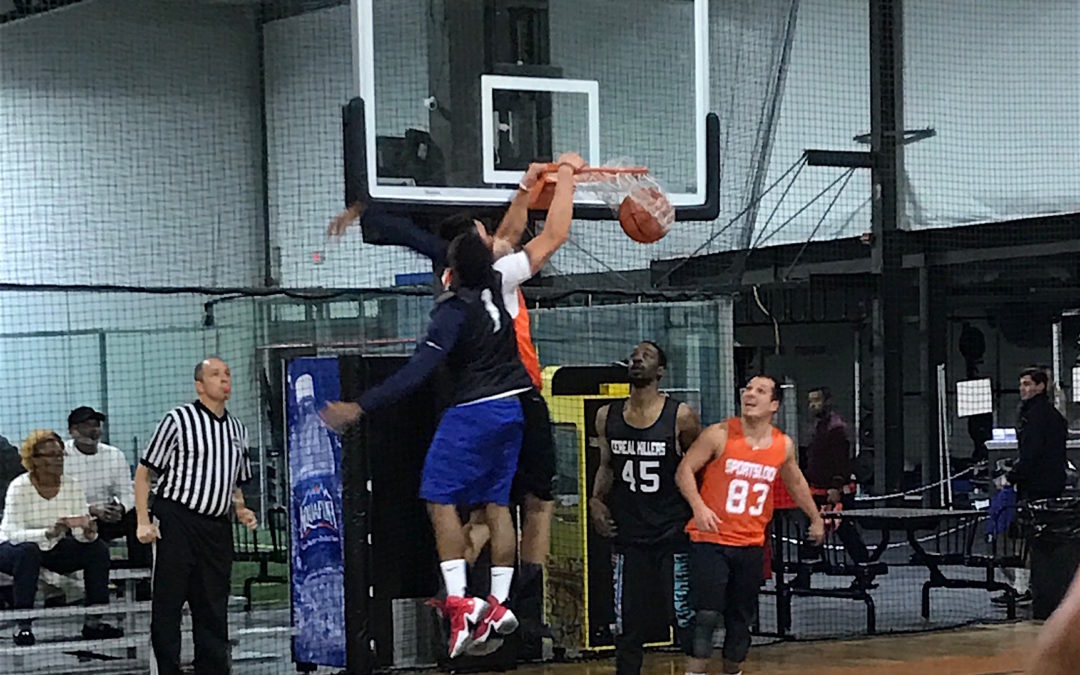 With tonight’s games in the books, the winter 2017 Legacy League season is officially underway. The Cereal Killers were the first team to put a “W” in the win column tonight, with a scrappy win over Sportslook, 70-64.

The “Breakfast Brigade” opened up sloppy with the ball and couldn’t seem to get their rhythm going. Sportslook capitalized on the slow start and jumped out to an early lead that they refused to let up in the first half.

Coming out of the break, it was clear the Cereal Killers had something they wanted to prove. After a long stretch of full court defensive pressure, the Cereal Killers began chopping away at the lead and worked themselves back into the game.

“I’m glad we faced adversity the first game,” Tyrhon Coward of the Cereal Killers said. “We needed that.”

The defense was swarming, coming up with turnover after turnover and taking the momentum away from Sportslook. Going into the final minutes the game was anyone’s to win, but the Cereal squad were too much for Sportslook to handle. Although they have high ambitions this season, Sportslook didn’t get off to the start they were hoping for. Fortunately, they have point guard Scott Benzing who led the team with 17 points Monday night, along with five boards and four assists.

Davon Pratt did a lot of scoring for the Cereal Killers, as he tallied 20 points while teammate Christian Pierre also had a phenomenal night, with 18 points shooting 8-for-11 from the field. In their next matchup the Cereal Killers will look to add another win to the resume, as they take on the Goon Squad on January 31 at 10pm.

Sportslook will try and bounce back against Run TMC in a matchup of two returning Legacy League teams. With a lot of moving parts this offseason, Sportslook must find their identity quickly in this deeply talented league.