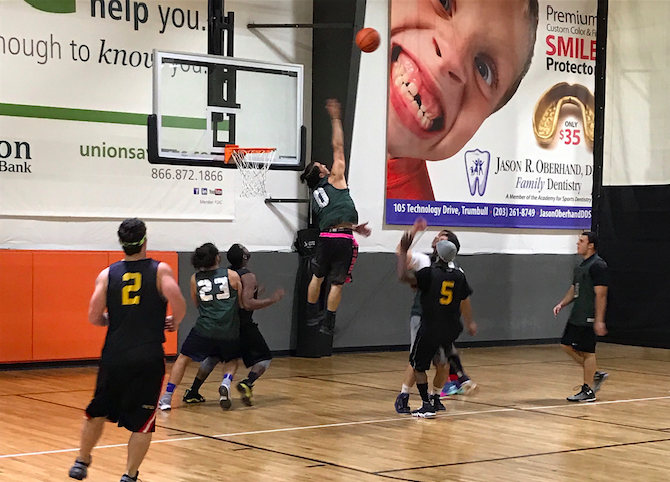 After suffering a four game losing streak, the Cereal Killers needed to find some magic in a battle of 2-4 teams, as they faced off against a strong Kekambas squad Tuesday night. They answered the call. The Cereal Killers erased a halftime deficit to come away with a much needed win, 71-64.

The Kekambas came out of the gates fast and you could really tell they were running the Cereal Killers off their game early. Davin Sirpenski ruled the paint on both ends, grabbing offensive boards, posting up, and cleaning up after bad shots, as he finished the night 7-for-10 from the field, dropping 16 points and seven boards. But it was a Cereal Killers kind of night.

“It feels good to finally win” the Cereal Killer’s leading scorer, Tyrhon Coward, said. “It was rough these past couple weeks, playing some of the best teams, but we’ve got good players, we just have to gel.”

The Cereal Killers looked a little sluggish and off their game in the first half, but came back rejuvenated in the second outscoring The Kekambas 39-30 after the break. Powered by Coward’s 44-percent shooting from beyond the arch and Adam Samuel’s 10-for-12 night at the free throw stripe that pretty much sealed the win. The Kekambas tried expose a weakness that was not there in the Cereal Killers’ offensive attack.

“We’re going to be coming out firing on all cylinders,” the Kekambas Mike Ciarliego said at halftime. They hope they will come out firing as they go up against a Titans squad that has won two straight and are looking to add another next Tuesday. The Cereal Killers look to strengthen their playoff position, as they face off against an emerging Run TMC team that has now won three straight games.