Cereal Killers take another victim; blow out Light It Up 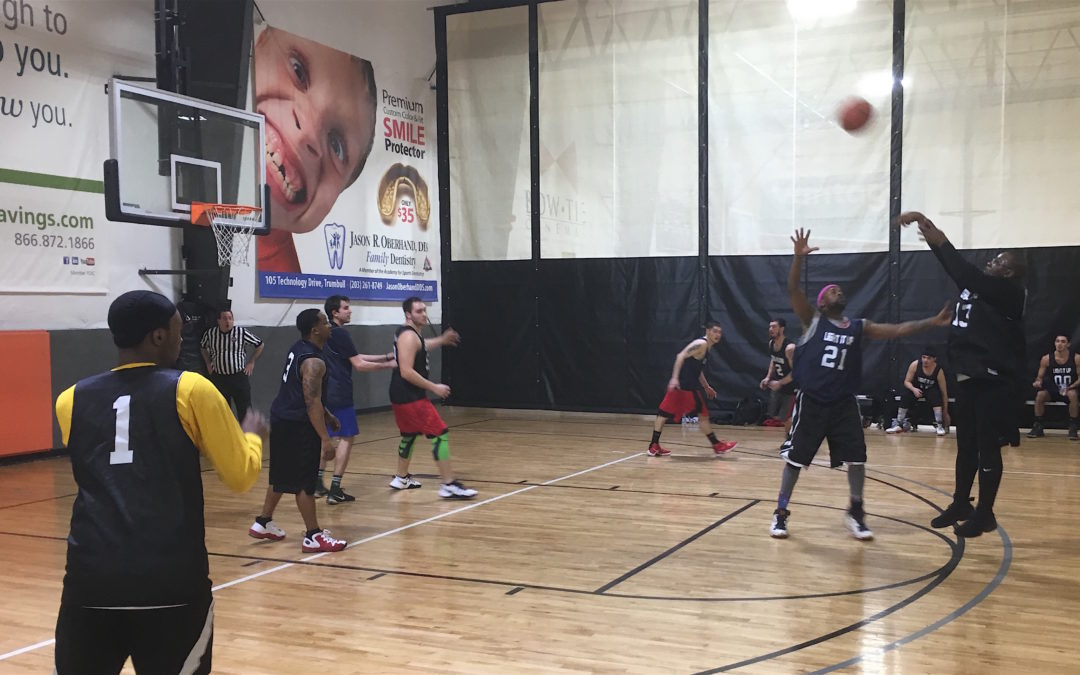 Cereal Killers sliced and diced Light It Up in tonight’s lopsided matchup. It was a blowout from the beginning in which the Cereal Killers scored more in every single quarter. The Cereal Killers proved once again they are a high scoring team and not to be taken lightly, winning their third straight game by the score of 93-52.

Tyrhon Coward of Cereal Killers led his team in points for the second game in a row, with a whopping 40 points. Michael Davis followed up with 19 points and continued to show his sharpshooting precision from beyond the arc with five three pointers.

Cereal Killers played a fast paced game; running up and down the court and usually shooting the door within a few passes. This method forced Light It Up to run back on defense where they were unprepared for the relentless offense.

Cereal Killers complimented their offense by pushing hard on defense. They forced Light It Up to shoot messy shots and turn the ball over 12 times.

“We get a lot of steals, I mean we got the pressure defense so it forces a lot of turns at half court so we are already close to the basket. Easy buckets.” Cereal Killers’ Tyrhon Coward said. “Once we hit our threes, that’s when the pressure comes in because if we get turnovers and hit our shots, the layups, 95% of the time are going to go in, but the shots, if we get those to drop then we are set.”

The Cereal Killers have the most points scored in the league so far, with 284. It seems like the reunion of Coward and Davis might have championship implications.

“We just get whatever the defense gives us. If it calls for us to score 93, then we’ll take it but if it’s a tough game and we score 50, as long as we escape with the dub then we’ll be fine,” Coward said.

On the other hand, Chris Rosario led Light It Up with 16 points. In order to win more games, Light It Up needs to work on their offense and making the shots that are available to them.