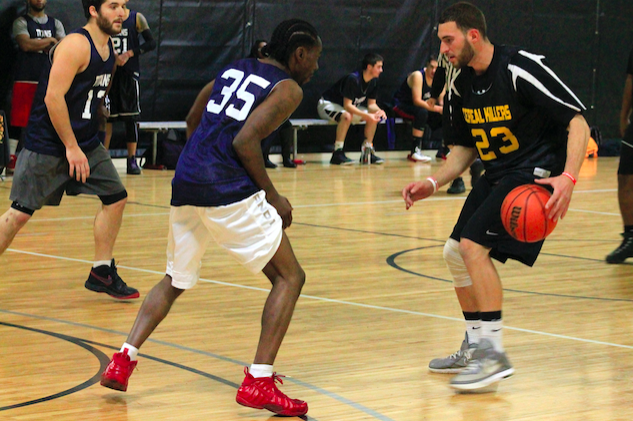 As the playoffs begin, everything that happened in the regular season becomes obsolete. The postseason creates a clean slate in which any team can rise to the occasion and take the crown. The Legacy League’s Fall 2016 first round of the playoffs pitted the number eight seed Cereal Killers against the nine seed Titans. After an even first half, the Cereal Killers were able to pull away, winning 68-44 over the Titans.

Through the first two quarters of the game the score was back and forth. At the break, The Cereal Killers would hold a meager one-point lead. The Cereal Killers seemed to have a command of the boards, but the Titans’ ability to get quick baskets in transition kept them in the game.

Coming into the playoffs the Titans were one of the worst rebounding teams in the league. The staggering size disadvantage for the Titans was a concern heading into this matchup. Steven Echols, the Titans’ lone All-Star selection from this season was asked at the half what was needed to stop the Cereal Killer’s efficiency on the glass.

“We just gotta work a little bit harder, get stronger down low and stop their big men from scoring down low,” the Titans’ Steven Echols said. “(We have to) box out a little more. That’s it, just have to box out.”

Unfortunately, the Titans were unable to follow that script in the second half. In the third quarter, the Cereal Killers blew the game wide open, more than doubling their point total. With the absence of Fall ’16 All-Star Adam Samuel, the Cereal Killers relied on Will Hudson, Tyrhon Coward and Mike Masciola to lead the scoring charge. All three would end the night in double-digits with 20, 17 and 16 points respectively. Coward and Masciola would also turn in double-doubles with ten rebounds each.

After their win, Tyrhon Coward of the Cereal Killers was hesitant to get too excited. Coward, who played for the championship Brotherhood last season, recognizes the path his new team must now take going forward.

“We have to play the Brotherhood next so that’s way more important than what just happened,” the Cereal Killers’ Tyrhon Coward said.

While the Cereal Killers can rejoice that they took this win home, they are right to stay focused. It is a well known fact that the Brotherhood have yet to lose a game since they joined the Legacy Leagues. The Cereal Killers will have their hands full next week as they take on this year’s scoring champ, Russ Payton, and the top-seeded Brotherhood.