Championship Preview: No. 3 Sportslook vs No. 1 Brotherhood 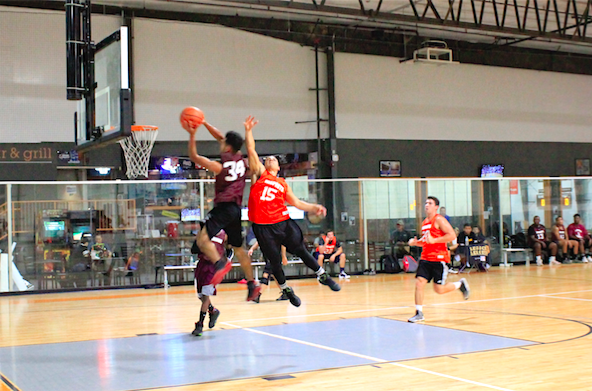 The Brotherhood has coasted through its Legacy Leagues season, winning each of its 11 games by 13 points or more. The team has seemed to dominate its opponents without even tapping into its full potential.

However, the Brotherhood has not played a team quite like this fully assembled Sportslook squad.

If Week 9 was any indication, Sportslook’s semifinals win was merely a consolation victory for second place. The Brotherhood ran circles around Sportslook in its regular season finale, leaving Sportslook players to hurl on the sidelines.

With that said, Sportslook’s All-First Team selection Bryan Acevedo was absent from that contest.

Acevedo did not make his Legacy Leagues debut until Andrew Cavanagh began his injury stint in Week 4. However, Acevedo quickly took the team into his own hands. He averaged 27.7 points per game in his six regular season contests, leading his squad to a 3-2 record from Week 4 to Week 8.

It was not until the team’s quarterfinal matchup against a short-staffed Wake and Blake where Acevedo finally graced a Legacy League court with Cavanagh. Sportslook toyed with the five available Wake and Blake players en route to a 121-67 victory. Acevedo finished the contest with 36 points while Cavanagh compiled a monster triple-double of 30 points, 15 rebounds and 12 assists.

Sportslook continued its championship game run with a semifinals matchup against Blood, Sweat and Beers. Sportslook dominated the first half of the contest, suffocating BS&B and holding them to merely 12 first-half points. Sportslook held BS&B in check through the rest of the game as it advanced to the championship game with a 66-52 win.

While much of the talk surrounding Sportslook is about Acevedo and Cavanagh, its supporting cast has blossomed as the season has gone on. Colin Markus has been a steady scorer, averaging 14.5 points per game in his eight appearances. Bert Ortiz, Scott Christy and Johnny O’Brien have each put up more than 15 points in a game this season as well.

Nick Bacarella has also taken Sportslook to the next level. While his eight points, three rebounds and three assists against BS&B do not jump off the page, he locked down All-Star guard John Lutters, holding him scoreless on just 4 field goal attempts.

“Every team that has stars needs their supporting cast to play in order to win championships,” Bacarella said. “You look at all the great teams and it’s never just the stars that get it done.”

For the Brotherhood, there is a blurred line between its stars and its supporting cast. Sure, the team has three All-League players in Michael Davis, Tyrhon Coward and Russ Payton, but the rest of the team has shown it is just as capable.

The Brotherhood’s five other players (Jibril Chisholm, Kevin Rivera, Kyle Small, Derrick Davis and Kailin Hill) combined to average 46.2 points per game this season. That number has jumped to 50.5 points per game in the team’s two playoff games.

“I feel very proud of my team,” Payton, a Legacy Leagues’ All-Second Team selection, said. “We’ve worked hard all year. We play unselfish. Everybody plays for each other.”

One of the biggest components to this championship matchup is how Sportslook will handle the Brotherhood’s daunting full-court press, a strategy that has put the top seed well ahead of every other team in steals.

“Every game, we come in with the same gameplan,” Payton said. “We’re going to press teams for the whole game, no matter what the score is. ‘Run it up;’ that’s our slogan.”

Since the Brotherhood will hold firm in its defensive tactic, it will be up to Sportslook to concoct a solution to a problem no team in the Legacy Leagues has solved thus far. Like the rest of Sportslook’s play as of late, Bacarella expects it will take a team effort to break the press.

“We’ve got to get the ball to each other. We can’t just pass it to one person and have everybody else run up the court,” Bacarella said. “Everybody’s got to be aware with their head on their shoulders because if you can take advantage of their press, you can use it against them.”

The Legacy Leagues has not seen the Brotherhood empty its tank yet this season and no team has forced it to kick into its top gear. While Sportslook will try to send the Brotherhood to the brink and steal a championship, the top seed remains confident that the title is its to lose.

“Next week, we about to close it out, win the ‘ship,” Payton said.