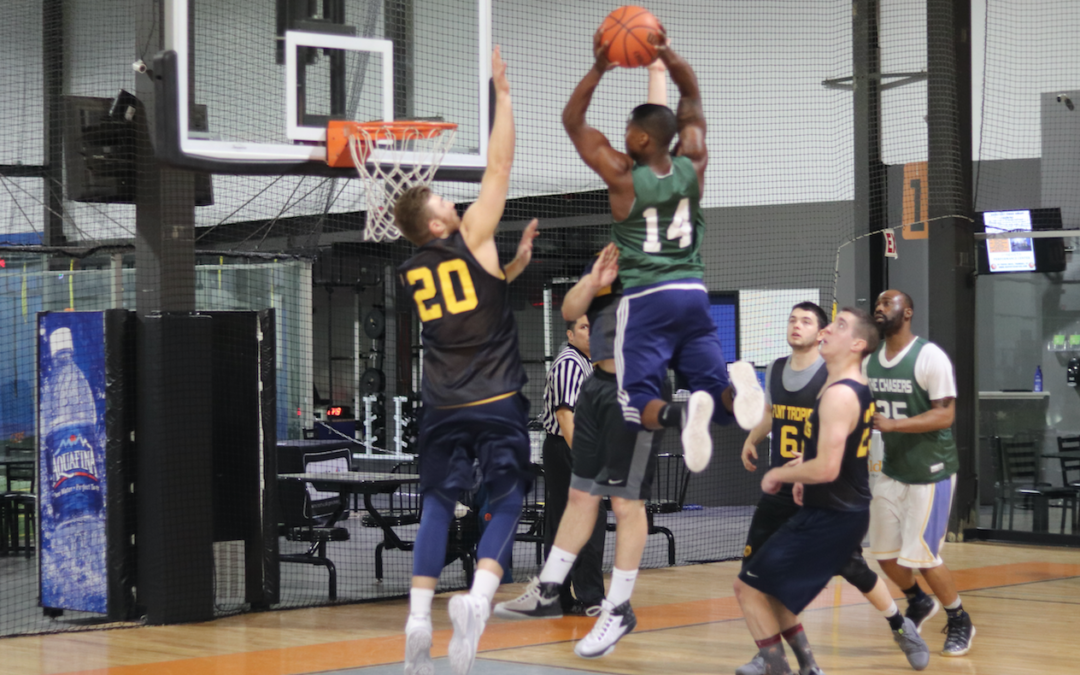 On Monday night, The Chasers defeated the Flint Tropics, putting their win streak to an end. The Chasers, led by Diontaye Washington, had a monster fourth quarter to win the game, 57-53.

The Chasers’ Diontaye Washington was unstoppable with 31 points. He was clutch from the free throw line, making 16-of-22 attempts, most of them coming in the fourth quarter. Jhamal Jones and Jayron Vines combined for 20 points, while Vines grabbed eight boards, as well.

For the Flint Tropics, MIke Bozzuto was impactful, scoring 26 points while Nick Japs put up 11 points. When the Flint Tropics were up by three late in the fourth quarter, though, two technical fouls gave The Chasers the lead. Flint was never able to regain the lead as Washington was close to perfect from the free throw line.

“It was beautiful,” The Chasers Larry Little said. “They play hard, they play fast, they play physical and it was a hard fought win.”

Even though the 57 total points for The Chasers were scored by a select couple players, the whole team was involved in those play.

In Week 8, The Flint Tropics will look to bounce back as they take on a fast undefeated No Limit squad. The Chasers will most likely keep their winning streak on a roll as they verse a Blood, Sweat & Beers team that only has two wins on the season.