The Chasers stay hot, annihilate Semi Pro to improve to 4-1 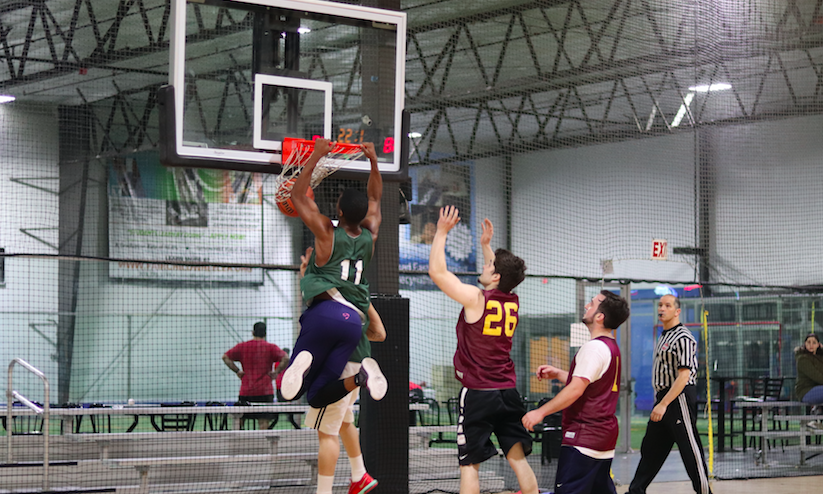 The Chasers were hot Tuesday night, as they knocked down shots all over the court, cruising to a 110-58 win over Semi Pro. The Chasers’ offense was well-balanced, as six of their seven players scored in double-figures, getting everyone on the squad involved.

Jhamal Jones, Jerry Washington and David Armstrong all had productive nights for The Chasers, scoring at least 20 points each to lead their squad to victory. Also, Washington, Armstrong and Jerome Baskin gained their team extra possessions by posting double-digits in rebounds.

For Semi Pro, Jacob Caselli had an unforgettable night, scoring 23 points on 56.3 percent shooting from the field.  Kyle Murphy was able to contribute, as well, scoring 13 points and snagging six rebounds.

In Week 6, Semi Pro will look for their first win in a matchup against Goon Squad, who have lost four straight. The Chasers will tip-off in a much more competitive game versus the Rim Breakers, who will look to bounce back after two rough losses.

“We’ll look to bring the same thing next week,” Armstrong said. “We have seen them play. They like to run, but as long as we play defense and get some stops, we’ll be good.”