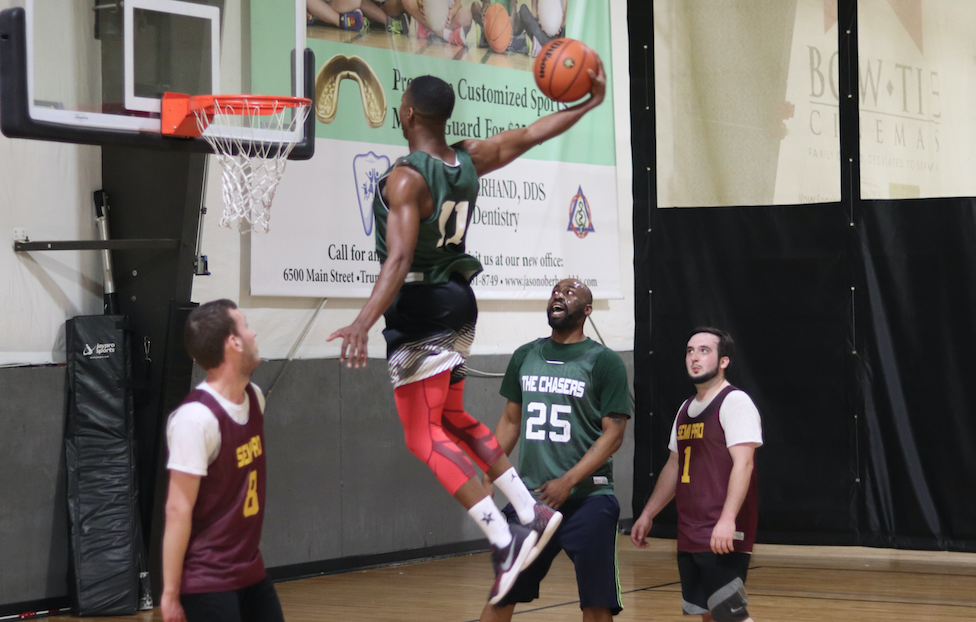 The No. 3 Chasers won their seventh consecutive game as they defeated the No. 14 Semi Pro, 151-82 on Monday night. There was very little defense played, as the contest got out of hand early. The Chasers provided a lot of highlight dunks in what was a fast-paced game. The 82 points scored by Semi Pro was a season-high.

The Chasers dominated this game from the start, leading 33-14 after the first quarter and 75-27 at halftime. The Chasers used a balanced scoring attack, as every player scored at least 13 points. Brandon Seabrook led the way with 34 points and six 3-pointers, while Jerome Baskin scored 30 points and grabbed 11 rebounds.

For Semi Pro, Jesse Doucette had a solid game, putting in 31 points and six 3-pointers. RJ Woodson also contributed with 18 points on 9-of-13 shooting.

There were a whopping 86 combined 3-pointers taken in this game, but just seven free throws attempted. The Chasers grabbed 23 offensive rebounds, which was a major key to their offense success.

The Chasers will take on the No. 6 Rim Breakers in the Quarterfinals on Tuesday night, in what should be a much more competitive game.