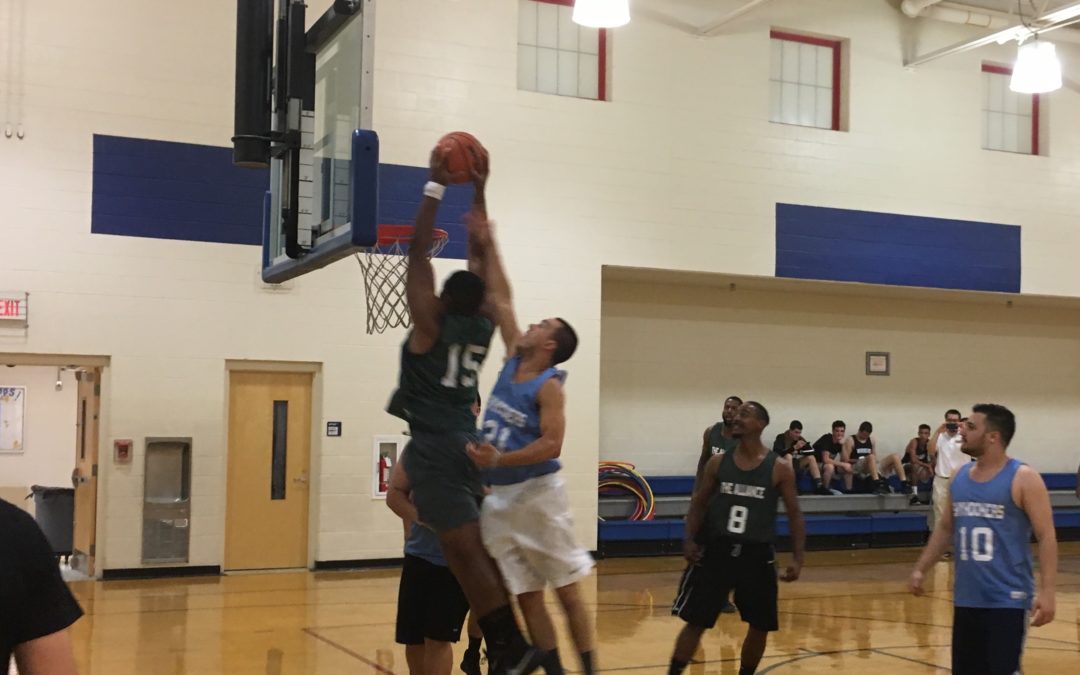 An Alliance team lead by Max Matroni’s game-high 35 points came away with a big week one win. Rocking the number 55, Matroni showed shades of Jason Williams in their 59-point win over the Skyhookers.

It was a rough night for the Skyhookers, but Brendan O’Donnell was the bright spot Wednesday night with 25 points on 50 percent shooting. The Alliance had a stifling defense, highlighted by 15 steals and eight blocks. That defense often led to easy buckets on the other end.

The Skyhookers had trouble matching the length and athleticism of The Alliance. Their luck certainly didn’t help on the night, with many shots rolling around the rim and coming off.

Not only did The Alliance have a stifling defense, they also owned the boards. They won that battle 35-21, with many of those boards starting their transition game.  Darius Debnam led the way on the boards for The Alliance with 14.

In what was a tough game for the Skyhookers from the jump, The Alliance never took their foot off the gas, dropping 125 points as a team. The Alliance finished the first quarter up 34-15, and although the Skyhookers showed some life, they were never able to catch up.

We saw two teams drop over 100 points in Week 1, and we saw a great game come down to the wire between the Werewolves and Big Baller Brand. With Week 2’s schedule to be announced in the next few days, there is definitely more to know about every team as the season continues.