Cinderella moves on as TMC silences No Limit in rematch 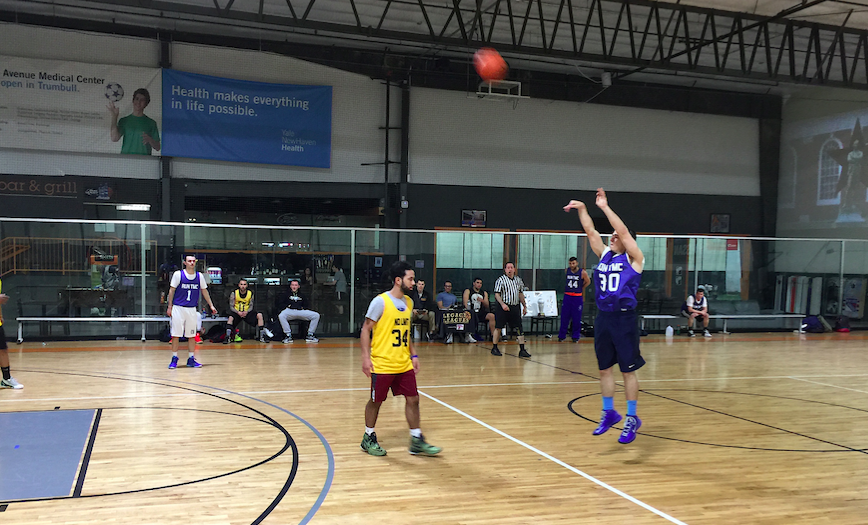 In a rematch from the regular season and last year’s playoffs, Run TMC got revenge on a popular champion pick No Limit, 67-57, advance to the semifinals for the second-consecutive season.

“Hats off to those guys, they were without John [Rullan], but Kevin [Rivera] was there this time,” Run TMC’s Joey Zocco said. “It was tied going to the fourth, and a couple plays were the difference.”

Being without Rullan was a huge loss for No Limit, as their floor spacing was thrown off missing perhaps the best shooter in the league. This allowed Run TMC to better contest drives to the basket and play more help defense.

“John is very good, he’s allows for more space for everybody,” Joey Zocco said. “It made them a little easier to defend, not easy, but easier than they would have been.”

However, from the tip the pace of play was furious. Run TMC’s Matt Zocco came out firing with five threes in the first quarter, several from 25+ feet from beyond the three-point arc.

Despite Run TMC’s hot start, by halftime No Limit was able to make a run and cut the deficit to four; led by the shooting and athleticism of Howie Miller. Miller ended the game with 32 points and 12 rebounds.

No Limit continued their run into the third, even taking the lead at several points in the game. However, the lead went back and forth with both teams capitalizing offensively, until the final three minutes.

In the final minutes of the game, No Limit lost the game mentally as they were called for two technical fouls in that time, sending one of the better free-throw shooting teams in the league to the line over and over again.

In the end, it was a 10-point game, but in reality if No Limit was able to keep their heads in the game it would have been an even tighter finish.

Run TMC will advance to the Winter 17 Semifinals and will take on the three-seed Red-emption, led by Winter 17 MVP Jalen Graham.

“We need to sleep, rest the legs, rest the arms,” Joey Zocco said. “They’re also different (to us), the teams we’ve (beat) so far we’ve played (before).”