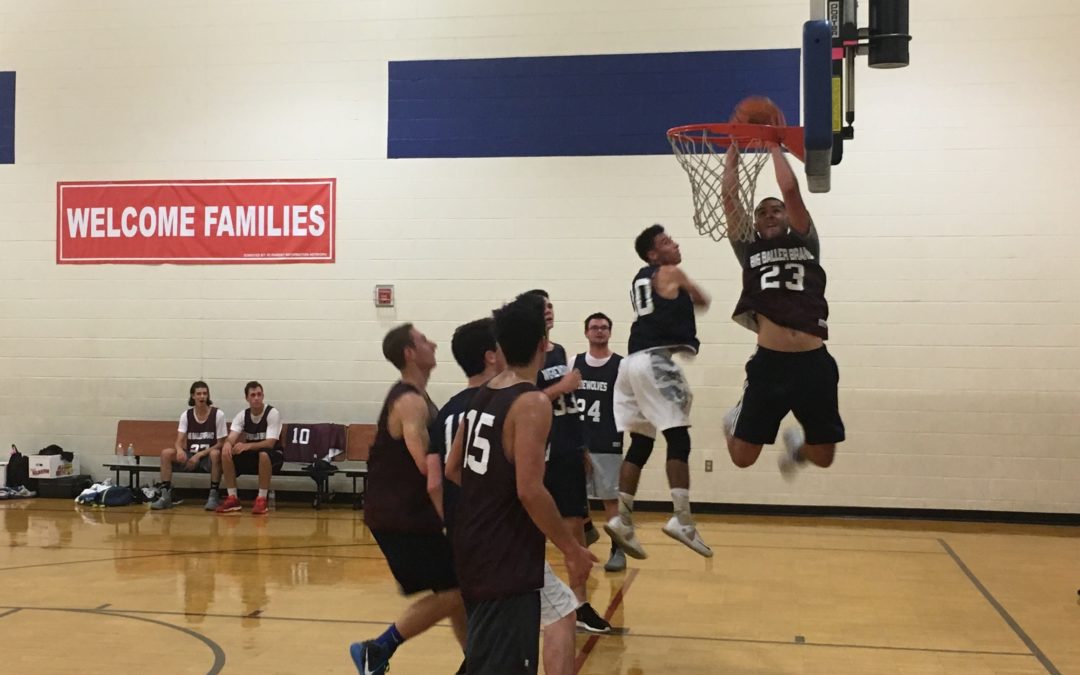 In our most competitive game from the opening night, the Werewolves edged out Big Baller Brand in a game that went down to the wire, 93-89. Gino Forte and Brian Heston led the way, both racking up 31 points a piece, while Heston also added 13 rebounds and seven steals. Brett Cody and Adam Parnagian carried Big Baller Brand Wednesday night, combining for 72 of their team’s 89 points.

The game was a close one the whole way through, with Big Baller Brand jumping out to the early lead that they maintained for the majority of the game. With about two minutes left in the fourth, the Werewolves capitalized off of some careless turnovers.

This allowed them to get out in transition and get some easy buckets when they needed them most. Forte his a huge three in the final minute to flip the game for the Werewolves. With about seven seconds left and a two-point lead, Forte stepped to the line and knocked down two clutch free throws to essentially put the game away.

Cody really ran the show for Big Baller Brand, finishing with a game-high 46 points and seven boards in the season opener on a very efficient 63 percent shooting. He was also feeling it from behind the arc, knocking down seven of his 11 triples. Parnagain also chipped in 26 points, and had a few mean posterizing dunks.

Where BBB really needed help was on the glass. Big Baller Brand gave up 15 offensive rebounds, most of which came in the second half. Both teams played extremely hard and this one really could have went either way, but in the end Big Baller Brand let this one slip away in the final minutes.