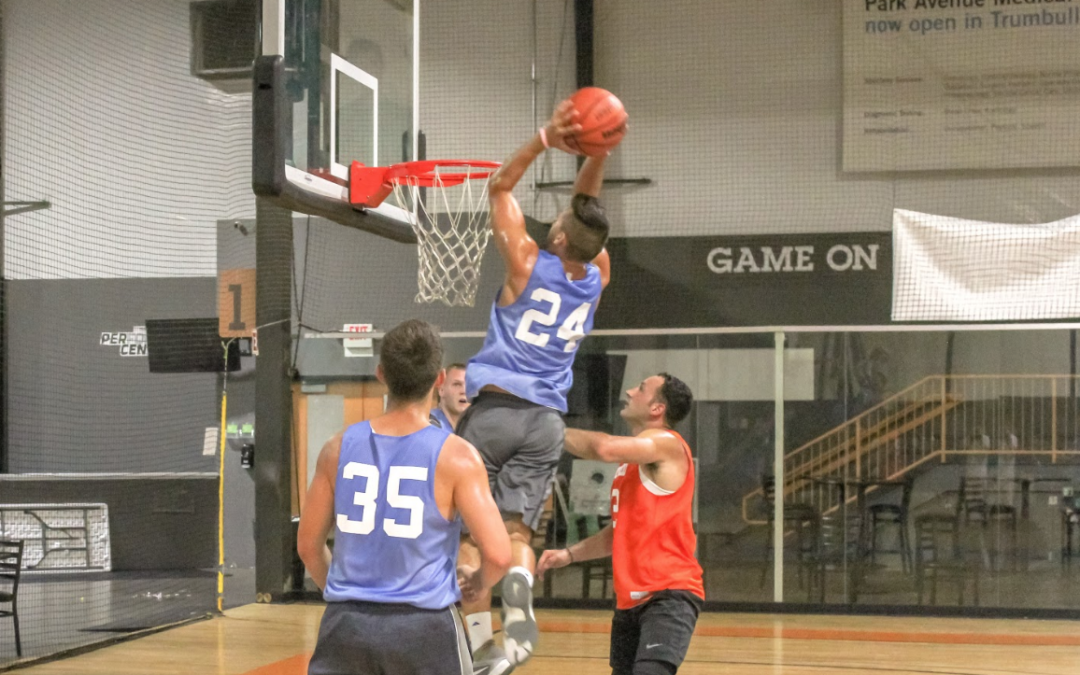 Nine-seeded Dinners Served had the only upset of the first round Monday night with their 63-61 victory over Sportslook. Dinners Served took advantage of the shorthanded Sportslook who was only carrying four players, which has been their issue all season.

Dinners Served trailed by as many as ten points early on but continued to climb back in this back and forth contest. It has been the same narrative for this team all season long, they have been led by their two best players Kyle Coniglio and Matt Terrasi. The two combined for 50 points tonight. They battled defensively all night and forced Sportslook to go stagnant offensively by the end of the game.

Dinners Served survived a double-double from Tyrell Holmes who poured in 29 points and 10 rebounds on 59 percent shooting. They unloaded in the lane and forced others to try and beat them. Sportslook trailed by two with the ball with 25 seconds left and failed to get a shot off in the final moments.

“Every game we always have adjustments and try to keep our chemistry,” Stauber said.

Dinners Served saw a familiar pattern as Kyle Coniglio lit it up for 32 points on eight three-pointers and was the center of their offense on Monday night. He has been their centerpiece all season long along with Matt Terrasi who added 18 points despite an off night shooting. Sportslook didn’t get any other contributions other than Holmes as John Zervos and Nick Bacarella only combined for 25 points.

Dinners Served will face top-seeded Shocker City in their quarterfinal matchup next week. They will have their hands full trying to stop the many options that Shocker City puts forth.

“The same thing that we go into every other game, just make our shots and hopefully our big guys can get some rebounds,” Stauber said.