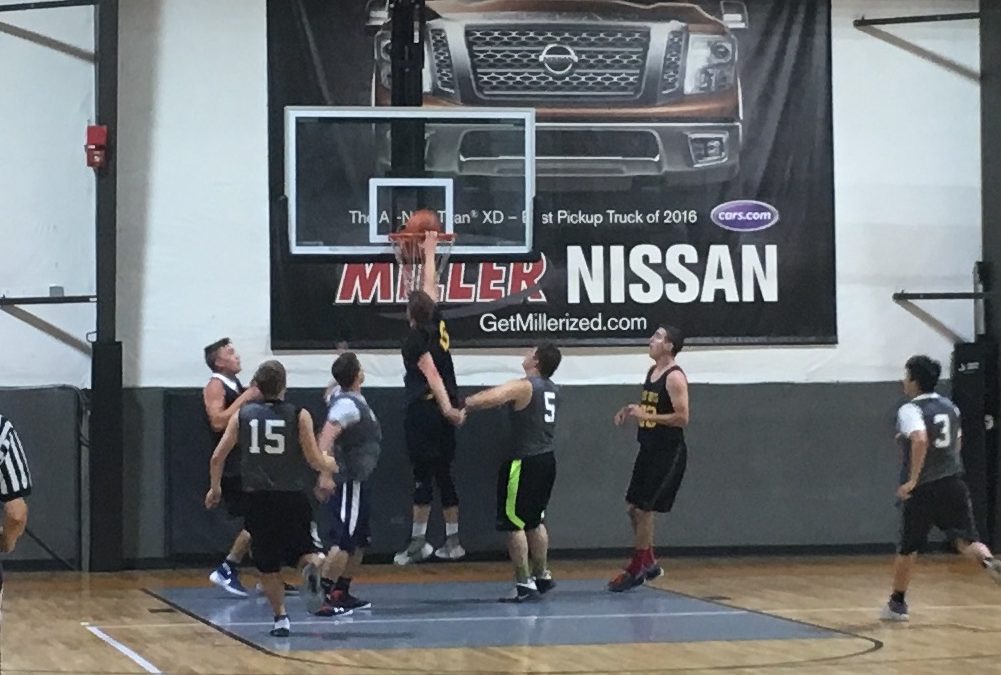 Sometimes Y was actually hanging with the heavily favored Flint Tropics through the first quarter, but that didn’t last long thereafter. The Tropics scored over 30 points in each of the last three quarters en route to a 129-50 blowout. The 79-point loss was the largest of the Summer 17 season.

Four different Tropics players finished with over 20 points, and five finished in double-figures. The team’s leading scorers featured a usual standout and an unexpected performance. Mike Bozzuto finished with 29 points to the surprise of nobody, but Ryan Caggiano matched Bozzuto with 29 points of his own, with 21 of them coming by way of the three-pointer. Caggiano entered Week 8 averaging just 5.7 points per game.

“Whoever’s feeling good that game, we’ll just feed the hot hand,” Tropics’ Cody Doubleday said of the team’s balance. “Ryan had 29 tonight and couldn’t miss from three, so we kept feeding who was hot.”

Caggiano wasn’t alone. Matt Cyr chipped in 25 points on an incredibly efficient 11-for-13 from the floor. Bozzuto made 14 of his 18 field goal attempts in the widespread offensive attack.”

“We don’t care who scores the most, we just want to win,” Cyr said. “If we have to make that extra pass, we will.”

The Tropics made plenty of extra passes as they collected 39 total assists on the night, while playing lockdown defense on the other end, grabbing 13 steals and forcing 17 Sometimes Y turnovers.

Kevin Connors had 17 points for Sometimes Y on 7-for-17 shooting, but most of the team couldn’t buy a bucket all night. As a team, Sometimes Y shot a deflating 26 percent from the floor and scored just five points in the fourth quarter, when the game had long ago been decided.

Four of the Tropics’ six wins this season have been by 30 or more points. Needless to say, they can blow teams out. Now where are the corn dogs?