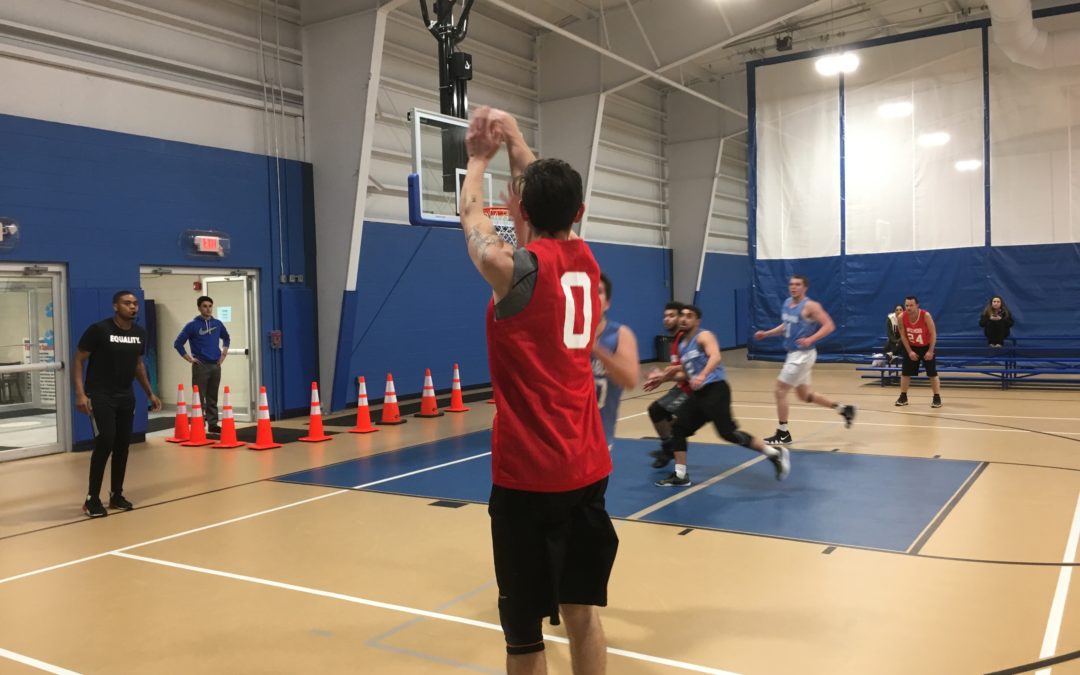 Joey Coro corralled a long rebound in a tie ball game with four seconds to go and went coast to coast for the go ahead slam with .4 seconds left. Coro led all scorers finishing with 23 points, to go along with ten boards. Kyle Vieira led the way for Swish Kabobs as he poured in 16 points in a close fought battle, 56-54.

The Swish Kabobs got off to a hot start as they were up 10-0 to start the game. But Wild Hogs were able to fight their way back into and cut the deficit to six at the end of the first quarter. The Swish Kabobs would go cold in the second quarter as they were only able to score 10 points against the Hogs zone defense.

A hot start out of the half allowed the Wild Hogs to create some breathing room with timely threes from Mike Banderi and Marc Betancourt. The Wild Hogs would take this lead deep into the fourth quarter.

The Swish Kabobs wouldn’t go away as they were able to get the lead down to three with just three minutes to go. After a few baskets and a clutch free throw from Marquis Jones, the Wild Hogs would hold for the last shot.

Banderi dribbled out the clock and attacked the basket. The Swish Kabobs’ Tyler Barbosa stripped him and attacked down the other end only to throw up a poor lay up attempt which led to the game-winning dunk for the Wild Hogs.

The Wild Hogs win kind of sums of their season.

‘We’re just overcoming adversity all year long, that’s what we do,” Bandieri said.

It was a much need win for the Wild Hogs, but the loss marks the third-striaght for the Swish Kabobs. They will look to get back on track as they face the Werewolves for the first time this season, who they could also see in the First Round of the playoffs.