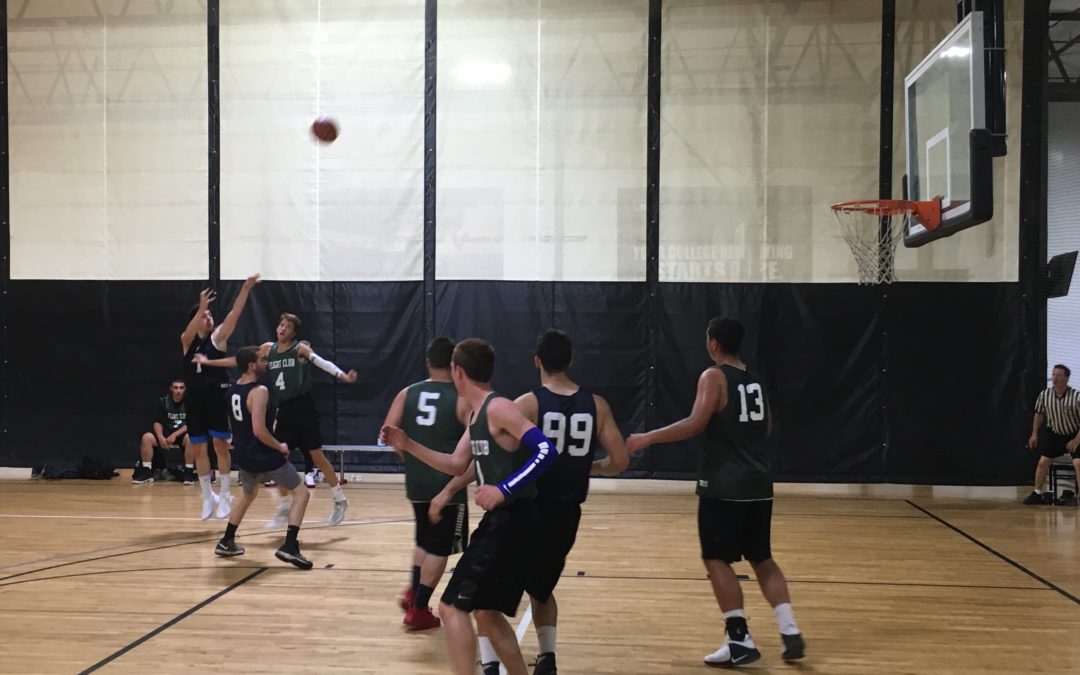 Fighting off a possible 0-3 start and a boisterous crowd, STP regained its composure in the second quarter and blew past Flight Club, 95-64, on Monday night.

Despite one of the league’s loudest supporters in their corner, Flight Club fell on their face heading into halftime and never recovered. After fighting back and forth for the first fifteen minutes of the game, STP erupted for 19 straight points to close out the first half and put away Flight Club for good. The lopsided victory hardly did anything to silence the crowd, but the crowd hardly did anything to silence STP’s offensive attack.

“It wasn’t anything special,” Mike Slattery said of the Flight Club faithful. “Hats off to them, but it wasn’t fazing us.”

It sure didn’t seem like the noise had any effect on STP, who also stepped things up on the defensive end by forcing 11 turnovers. The rebounding battle was dead even on the score sheet, and both teams shot poorly from beyond the arc (10-50 combined), but the difference was made on the defensive end and at the rim, as STP shot just under 50 percent from the field for the game.

It was a balanced attack for STP as five different players finished in double digits in the scoring column. Slattery posted a double-double scoring 18 points on 9-for-12 shooting and grabbing ten rebounds. Brian Lilly led the scoring for STP with 19 points.

Brandon Guittard shouldered the load for Flight Club with a double-double of his own, but was silenced during the second quarter in which STP outscored Flight Club 25-8, and turned a four point deficit into a 15-point lead in a matter of minutes.

STP finds its way into the win column for the first time this season, which they attribute to finally having their full roster intact.

“This was our first game with all our guys,” Slattery said about the young season. “I think we’re going to be able to do some special things when we’re all here.”