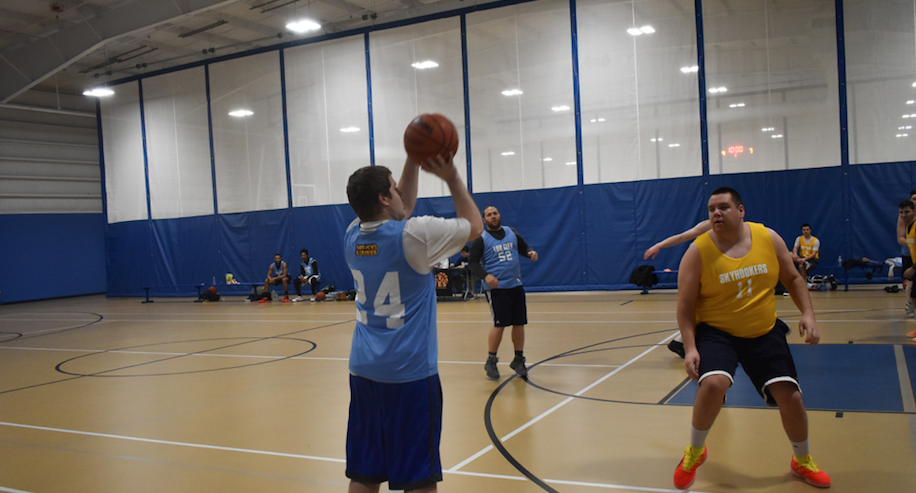 It was the Cody Crawford show tonight in Rhode Island as Lob City defeated the Skyhookers, 90-47. Crawford stuffed the stat sheet with 35 points, 14 rebounds, and five assists. It was a complete game by one of the best players in the league.

Lob City’s balanced attack also included five players scoring in double digits. They outplayed the Skyhookers in just about every single aspect of this game. Lob City got off to a 25-5 lead early and never looked back en route to their 43 point victory.

Lob City continues to look like the best team in the league through Week 6. If Cody Crawford keeps playing at this high level, it will be tough for anyone to beat them.

Lob City (6-0) returns next week to take on Swish Kabobs (5-0) in what should be a very good game between the last two undefeated teams. The Skyhookers (3-3) will take on Halfway Crooks (4-1) which will be another tough test against one of the better teams in the league.