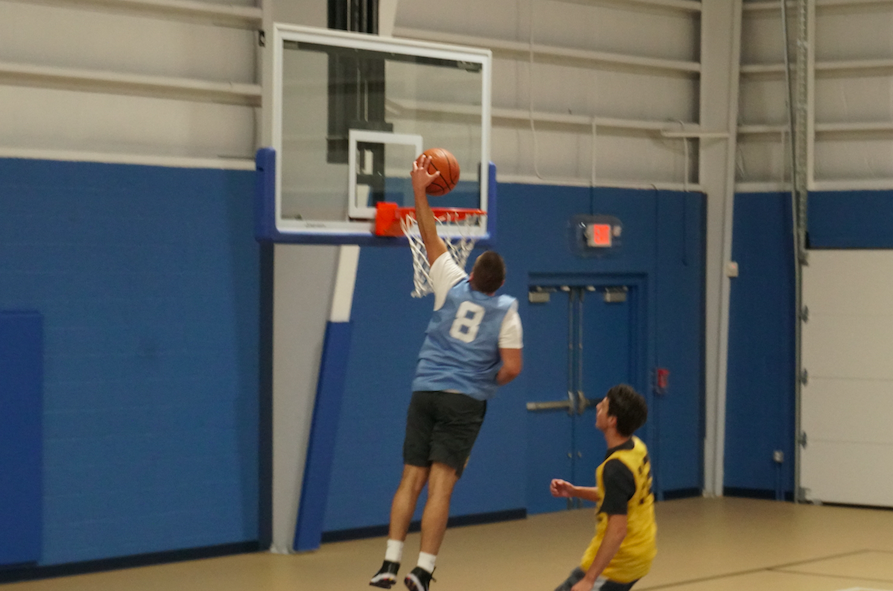 Shake N’ Bake hung with Lob City early, only trailing by three points after the first quarter. Lob turned up the defensive pressure and held them to nine second-quarter points and Shake N’ Bake was never able to recover, losing by a final of 85-59.

They turned the ball over 19 times, which led to plenty of high-flying dunks from two-time all-star Victor Kashouh Jr. and Legacy Leagues rookie Michael Palumbo.

Defense and unselfish play stood out from Lob City tonight, as they tallied up 15 steals, to go along 25 assists. Greg Holt tallied up six steals, while falling two points shy of a triple double. Cody Crawford posted 36 points, 12 rebounds and seven assists.

“We’re so fluent on the court, we know where each others going to be,” Lob City’s Michael Palumbo said. “We’ve all been together for a while now so I think that’s a big part of why we play so well together.”

Everybody stepped up their games tonight as big man Darius Debnam went down with an injury. Shake N’ Bake had contributions from Steve Petrozzi, who scored 22 points, while Dan Kennedy chipped in 16 points.

Shake N’ Bake will look to get their first win against the only other winless team in the league, the Wild Hogs, while Lob City will look to stay undefeated against the Halfway Crooks. Lob City has yet to have a close game and are looking like the team to beat thus far.