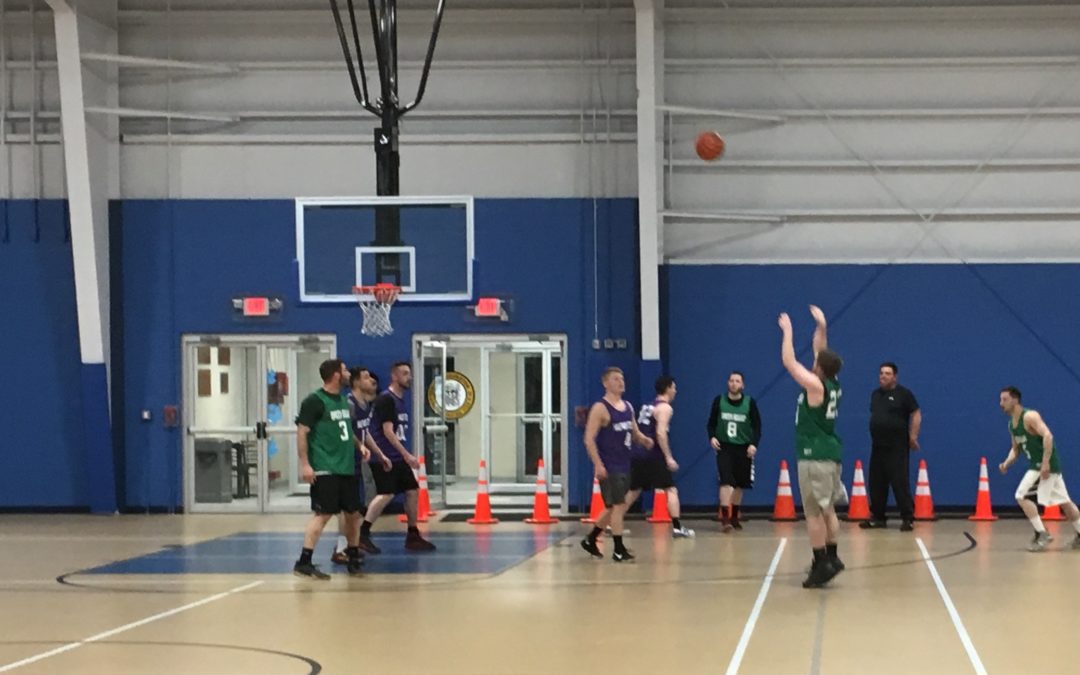 Crawford, and the Green Squad as a whole, looked like they couldn’t miss. Crawford shot 72.4 percent on 29 field goal attempts, cashing in on 21 of them and shooting 11-of-17 from behind the arc. Crawford himself nearly outscored the Halfway Crooks in this one, but he was quick to credit the team after the victory.

“My teammates kept looking for me,” Crawford said. “I got really good players on my team who keep me confident. If I’m going to get open looks, I’m going to shoot it, and they were falling tonight.”

The Green Squad shot over 60 percent as a team from the field and over 55 percent from three-point range. Not only did they dominate on the scoreboard, but defensively and on the glass as well. They forced the Halfway Crooks into 10 turnovers and out-rebounded them, 40-26.

“Our game is really focused on the defensive end,” Crawford said. “We get steals that lead to easy buckets, and once you see one drop it just becomes a rhythm.”

Aside from Crawford, Victor Kashouh Jr. left the game with a stuffed stat sheet as well, putting up 13 points on 6-8 shooting as well as bringing down 15 boards and dishing out eight assists. He was active around the rim, as well, coming up with six blocked shots.

The Halfway Crooks just ran into a machine they couldn’t stop. Compared to the high-percentage shooting of Green Squad, the Halfway Crooks only shot 31.9 percent from the field tonight – not a stat that’s going to help against great teams.

Dylan Lincoln continued to stay hot, shooting 5-for-8 from three on his way to the team-high 22 points and seven rebounds. He scored a team high 19 points in Week 6’s win over the Average Joes, and is starting to become a dominant offensive player this season.

Joey Zocco and Justin Kolenda also contributed offensively with 15 and 12 points, respectively. Zocco was able to connect on five three-pointers and also pulled down five boards.

Unfortunately, the Halfway Crooks were not able to continue their winning ways after making their first improvement to the win column last game. They fall to 1-5 on the year, and look to make a push before playoffs against the Wild Hogs and Werewolves next week.

As for Green Squad, they sit amongst the three one-loss teams left in the standings. They have a tough matchup against Boom-Shakalaka Wednesday before playing the still winless Average Joes in the final regular season game on Thursday.

As the games get more and more important, Crawford and crew feel like their playing their best basketball this season.

“We’re starting to gel together and show what kind of team we can be,” Crawford said. “(We have to) just keep the rhythm going, keep the guys going defensively, and I think we’ll be alright.”