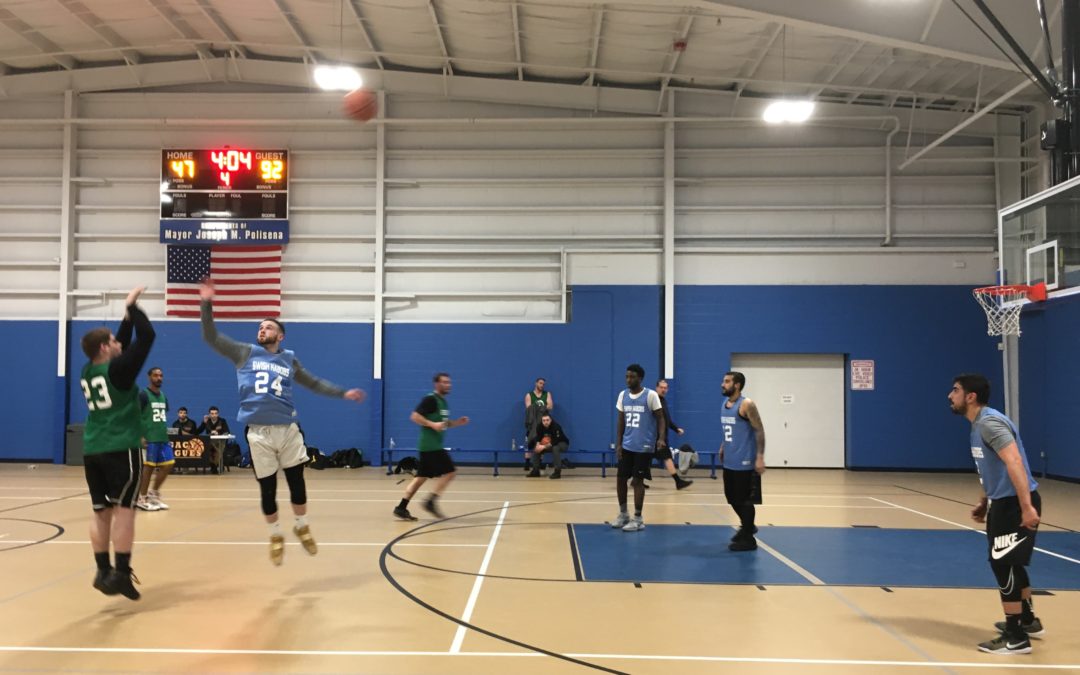 Green Squad did everything right Thursday night in their 105-65 victory over the Swish Kabobs, en route to another finals appearance for Cody Crawford and Victor Kashouh Jr.

Aside from the lopsided final score, Green Squad dominated in just about every category. They outrebounded the Swish Kabobs 42-29, swarmed the ball-handlers and shooters, assisted on 21 buckets, forced four turnovers and sent away six shots at the rim. Green Squad was more efficient both from the field and from 3-point range, as well, scoring at a rate of 57.1 percent and connecting on 16-of-34 threes.

“Quick passes up the court, rebounds, boxing out,” Chris Silva said, listing the aspects of their game which led them to victory. “Tight defense, getting easy stops and moving the ball before they get the chance to set up. Then we get the easy buckets.”

Crawford led all scorers with 46 points in another unbelievable shooting performance. He connected on three after three, eventually ending up with 14 made shots from behind the arc. It didn’t matter if he had a hand in his face or two. At times, it seemed as if he couldn’t miss and he has been the go-to option on offense for the Green Squad lately.

Kashouh Jr. recorded yet another double-double on the night, scoring 26 points and pulling down 12 rebounds. Nick Keeling had a double-double of his own, with 20 points and 10 boards. Marc Testa was the fourth and final member of the Green Squad in double-digit scoring, with 13 points on 6-of-8 shooting.

For the Swish Kabobs, Kyle Valenzuela was the silver lining in a rough offensive night. He was the only scorer in double-digits, with 21 point on 9-of-13 shooting from the field. Tyler Barbosa, Marquis Jones, and Tezhan Massey all had eight points, and the team shot a weak 37.5 percent from the field thanks to the Green Squad’s defensive pressure.

Next Wednesday, Green Squad will meet up with Boom-Shakalaka in the championship game. Boom-Shakalaka enjoyed a commanding victory of their own, dismissing the Halfway Crooks by a score of 104-66. For Crawford and Kashouh Jr., this is a matchup from the Fall ’17 finals, where they defeated Boom-Shakalaka.

“They’ve got bigs, athletic guards, guards that can shoot the ball well,” Kashouh Jr. said about his next opponent. “We got to play good man-to-man defense, and help defense. It’s going to be a real competitive game.”