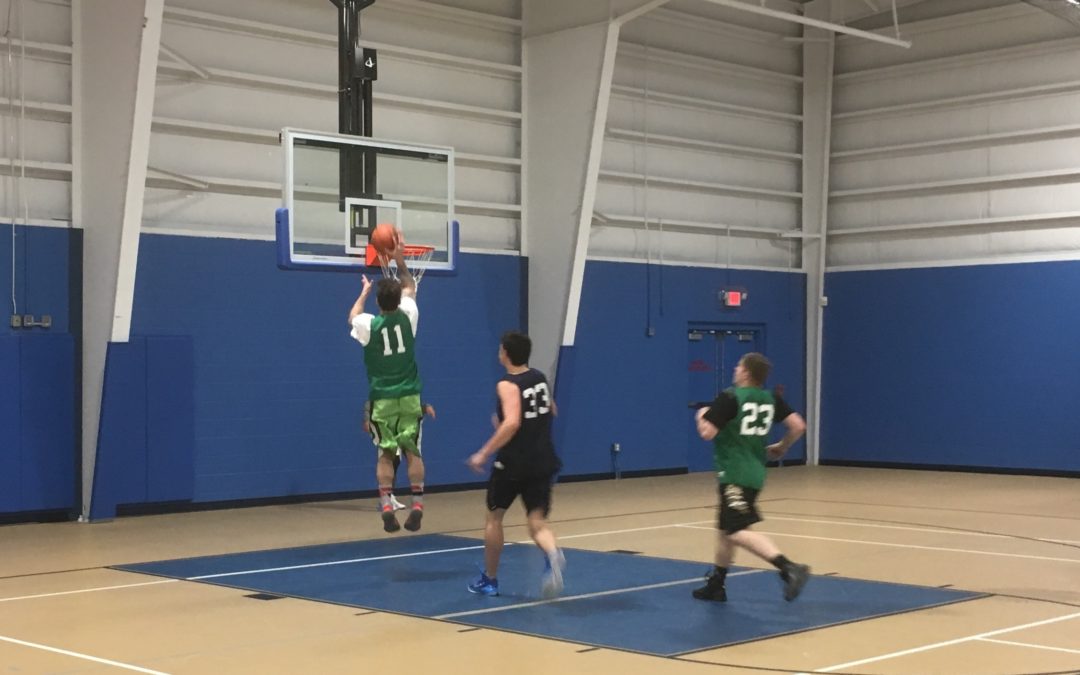 Cody Crawford and Victor Kashouh Jr. led the way for the Green Squad against a familiar Werewolves team, 75-56, in Week 1 of the Winter 18 Rhode Island season.

Kashouh finished with 27 points, eight rebounds four assists and four steals, while Cody contributed 22 points 12 rebounds and dished out five assists. Gino Forte and Brian Heston led the way for the Werewolves with a combined 38 points, but it wasn’t enough to keep pace with their opponent.

The Werewolves were in it through a good portion of the first quarter, but a big three by Crawford at the end of the first gave his team an eight-point lead. The Green Squad went on a 21-8 run in the second quarter, scoring numerous buckets attacking in transition off misses and turnovers.

The Werewolves had 19 turnovers as a team, and Forte and Matt Borden had six each. Against an athletic team that likes to get out and run, it’s key to take care of the basketball. But Forte did a lot of good things offensively and was hitting from downtown. He finished with 23 points while knocking down five 3-pointers, three of which came in the first quarter.

Green Squad’s Nick Keeling chipped in 13 points to go along with three blocks. His presence was definitely felt around the rim as he was able to finish some difficult layups and affect multiple shots. With championship experience from their two best players, they will be one of the tougher teams to beat this season. Crawford, however, doesn’t think it’ll take much longer for his team to really gel.

“Everybody is pretty athletic and plays pretty hard so we’ll start meshing soon,” he said.

It’s a long season with a lot of new teams this season, so everybody is really trying to gel as a team. It’ll be very interesting to see which teams progress as the season goes on. The Green Squad will take on the Swish Kabobs (1-0) in Week 2, while the Werewolves will go up against the Halfway Crooks (0-1).