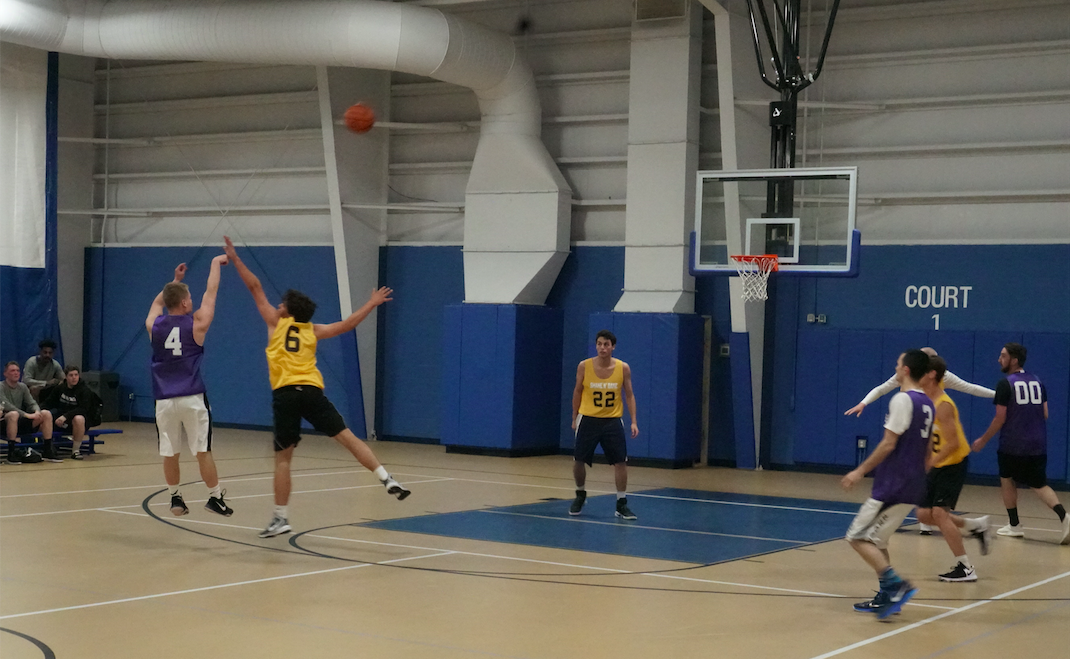 In the last game of the opening night, the Halfway Crooks cruised to a comfortable victory against The Legacy League’s newest Rhode Island team, Shake N Bake. Leading his team in scoring, Tom Ferranti notched 17 points to go along with four other players who scored in double figures. Dylan Lincoln also posted a double-double for the Crooks while Dan Kennedy contributed 10 points of his own as Shake N Bake was defeated by the Halfway Crooks, 64-42.

Although both teams came out aggressive from the tip off, neither could get their shots to fall in the opening minutes. The Crooks would get eventually find their rhythm, leading to a big run capped off by a corner buzzer beater three-pointer by Zack Moricas. After the game, Moricas spoke with Tyler Kruz about what he saw out of his team.

“All-around good chemistry,” Moricas said. “A couple of these guys I’ve been playing basketball with since I was 5 years old.”

Chemistry certainly showed as they did an excellent job of taking care of the ball and getting the right shot, which Jared Hanson excels at for the Crooks. Shake N Bake struggled to make shots for most of the game as they shot 34% from the field as a team to go along with 4/19 from three point range. Moricas believes that while team did a good job of pushing the pace at times, they failed to convert on lay ups as well as putting up a mere four points in the fourth quarter.

It surely takes time getting used to the eight and a half foot rims, but with their first game under the belt, Shake N Bake will continue to make adjustments. It doesn’t get any easier for the team as they face off against Boom-Shakalaka. Meanwhile, the Halfway Crooks have a tough matchup with a hungry Swish Kabob team coming off of a close loss to Boom.