Crooks clamp down on Blazers, advance to Semis 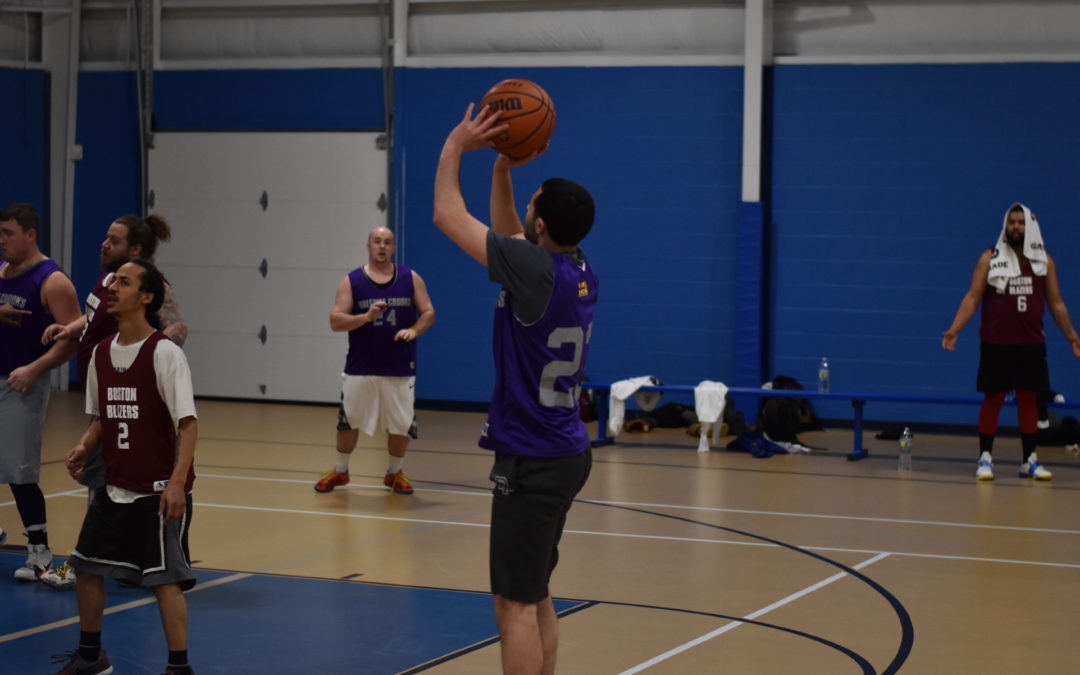 The second-seeded Halfway Crooks use Brett Cody’s double-double to coast to a 62-45 Quarterfinal win over the seventh-seeded Boston Blazers.

Both teams struggled early combining for just 18 points in the first quarter. However, as the Halfway Crooks started to catch fire, the Boston Blazers woe’s from the field continued.

The Boston Blazers tallied just 18 points in the first half which led to their lowest scoring game of the season. The Halfway Crooks capitalized on the Boston Blazers struggles and did what they do best: play defense, shoot the ball well and find the hot hand.

“We try to be balanced team, and I think you saw that tonight,” the Halfway Crooks Joey Zocco said. “Everyone contributed which is a nice way to start our playoff run.” 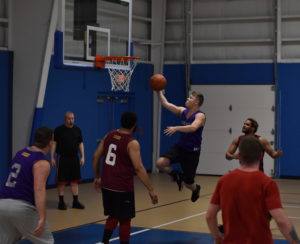 Brett Cody led the charge for the Halfway Crooks posting 16 points on 50 percent shooting and 11 rebounds. However, his offense wasn’t the only thing going for him Wednesday night. To go along with his strong offensive output, he tallied all four of his team’s blocks.

“Brett is a huge part of our team,” Zocco said. “His offense is what stands out, but his defense is equally, if not more, important for us. His ability to change the game on the defensive end of the court is what takes us as a team to that next level.”

The Boston Blazers just couldn’t get it going. Despite having three players in double digits, the team had a tough night shooting. As a team they shot 16-of-59 from the floor and the main concern was their inability to play team basketball. They tallied just six assists on the night.

With the 62-45 win over the Boston Blazers, the 8-1 Halfway Crooks will face off against a Werewolves team that just upset third-seeded Boom-Shakalaka.

“It’s always fun playing the Werewolves,” Zocco said. “Both teams will be without some of their key players, but I like our chances. It will be fun, that’s for sure.”