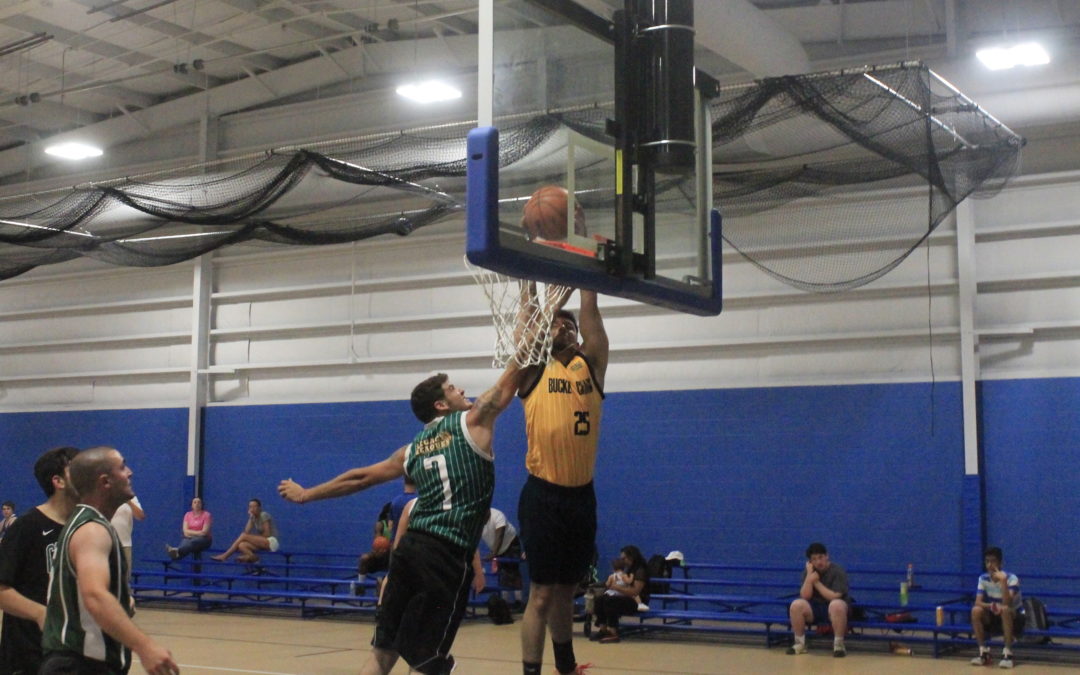 Week 7 in the Legacy Leagues was jam-packed with incredible action. One example is the Bucket Chasers 63-44 win over the stampede.

The Bucket Chasers came into this game after three-straight losses. Things were looking to be slipping away from them, and a win seemed absolutely necessary. This win sets them back in the right direction. After a couple of rough performances, they were once again able to score efficiently and go home with a win.

Sergio Dalomba looked unstoppable as he led the way with 29 points. Henrique Goncalves contributed as well with 14. Chris Manfredo notched a double-double as he scored 11 points and grabbed 13 rebounds.

After the game, Chris Manfredo cited better teamwork as the reason for this win, as well as the main principle the team will be trying to improve going forward. He harped on the fact that the team was “talking more and moving the ball better.”

Those are two of the biggest markers of a team being on the same page. It seems like the Bucket Chasers are looking to make a late push, and perhaps surprise some people come playoff time.

On the other hand, for the Stampede, this game was one to forget. Despite adding some new talent in Mario Valerio and Anthony Ramsey, who scored 17 and six points respectively, they continued their downward spiral as a team.

There are talented players on the team, but the team chemistry is just not there. That team play that can be seen in all of the teams that are finding success, and is not present in this Stampede team.

Next week the Bucket Chasers will have a chance to continue to improve against The Goodfellas. The Stampede will once again try to find some success against a talented Good U team.