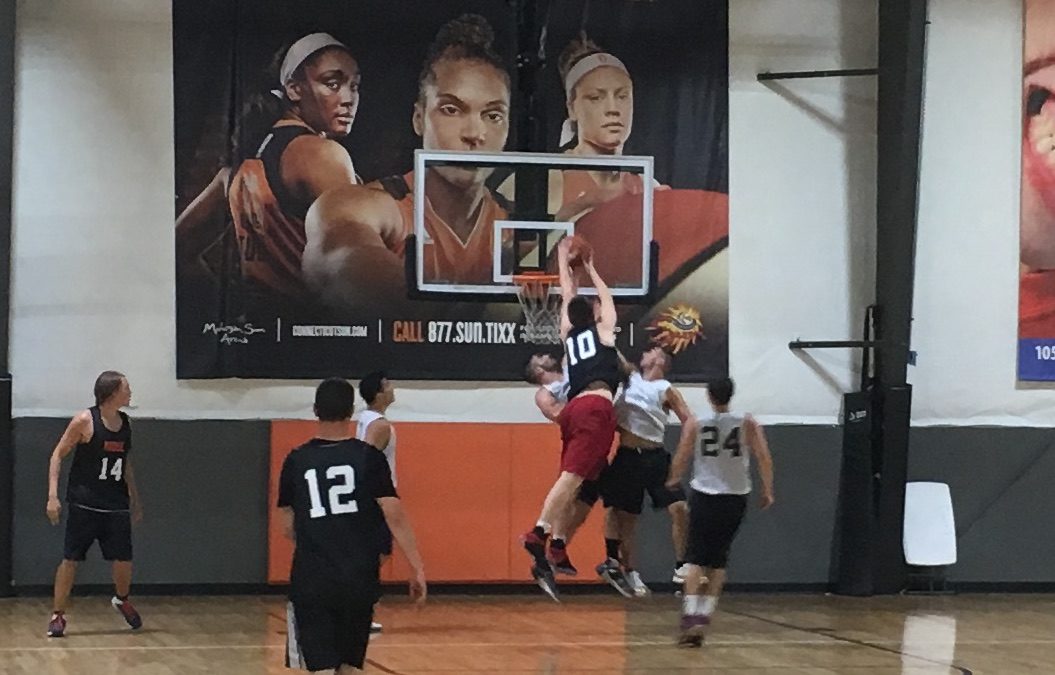 Team Moose was impressive once again in Week 8, putting an official end to the STP winning streak at 5 games. STP has been one of the hottest teams in the league, and a matchup with Team Moose granted them an opportunity to prove themselves as a legitimate contender. Still, they fell flat, and had no answer for Team Moose’s vaunted defense, losing the game by a final score of 87-54.

“We had a really good performance defensively, running up and down the floor,” Coach Moose said. “Connor [Daly] gave us some really good numbers.”

Daly was an absolute stud, finishing the game with a near quadruple-double. Daly’s final stat line was 24 points, seven rebounds, nine assists and seven steals. The complete performance embodied all the strengths of his team: efficient offense paired with lock-down defense. With only one week left in the regular season, performances like this will supplement Daly’s campaign for some defensive awards.

STP fell behind early, but clawed their way back, bringing the game within four points in the third quarter. Unfortunately, they ran out of gas and were blown out in the fourth. STP could not penetrate the paint against Team Moose, forcing them to take tough outside shots throughout the game. STP’s highest scorer in this one finished with a mere 12 points (Joe Salvator), a testament to the brand of basketball that Team Moose plays.

STP still has had a very successful regular season with only one week remaining. Despite the loss against Team Moose, they have an opportunity to rebound with a nice win against a tough Sportslook team in Week 9 before getting a go at the playoffs.

For Team Moose, they look to be amongst the favorites to win the title heading into the postseason. Quite possibly the best defensive team in the league, they have found consistent success against the league’s power house teams all season long. There is no reason to believe that their success won’t continue heading into the playoffs. Coach Moose said it best…

“When you mess with the Moose…you get the antlers.”