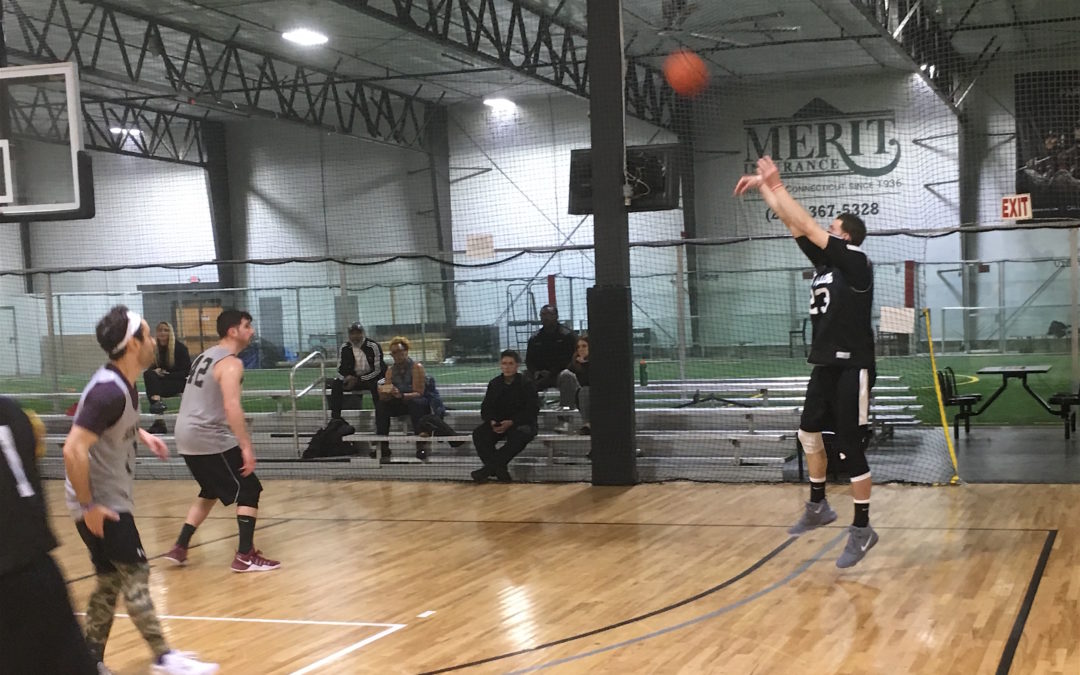 Mike Davis and company had arguably their toughest game of the year against a relentless Goon Squad team to close out their regular season. Despite the Cereal Killers finding themselves down big at the half, they managed to rally back to get the 82-74 win and secure the undefeated season and top seed..

“That’s a good team,” Ty Coward of Cereal Killers said. “Anybody that will play them in the playoffs is going to have a run for their money.”

The Cereal Killers opened up the game on a 7-0 run lead by Davis and Justin Thompson. Although they came out hot, the team’s lackadaisical defense would allow Goon Squad to fight back, ending the quarter on a 12-3 run themselves. Matt Marconi and DJ Ellis would continue to power their way through the Cereal Killers’ full court trap defense into the second quarter.

While Brandon Massaro would do his best to stop the red-hot Mike Davis, he simply could not find a way to prevent the elite scorer from hitting his shotst. Goon Squad would hold on to its lead and have the 44-38 edge at the break.

“We were down by like 20. We just kind of like changed our mindset,” Coward said. “We saw how bad those guys wanted to beat us. It was just a good preview for the playoffs. That’s a good test for us. We didn’t want a blowout. We knew it was going to be a dog fight.”

The second half would be a different story as Davis’ relentless defense combined with his offensive playmaking ability would be too much for a fatigued Goon Squad team, who only had five players on its roster. Massaro would not relent and continued to attack the basket, fending off a Cereal Killer comeback as Goon Squad would hold a 60-57 lead headed into the fourth quarter.

With a perfect record on the line, the Cereal a Killers fought hard and would eventually take the lead midway through the fourth quarter.

“[Davis] pushed everybody and just turned up,” Coward said. “He’s the MVP of the league and a two time champion. He’s always ready to go.”

While DJ Ellis and Massaro would do their best to face-guard Davis on defense, there was simply no answer for his elite playmaking skills. Davis would finish with a game-high 40 points, shooting seventy-six percent from the floor.

The Cereal Killers officially clinched the number one seed with the win and will face Light It Up next week in the first round of the playoffs. As for Goon Squad, they earned the seven seed and will face Run TMC, who has lost two straight.