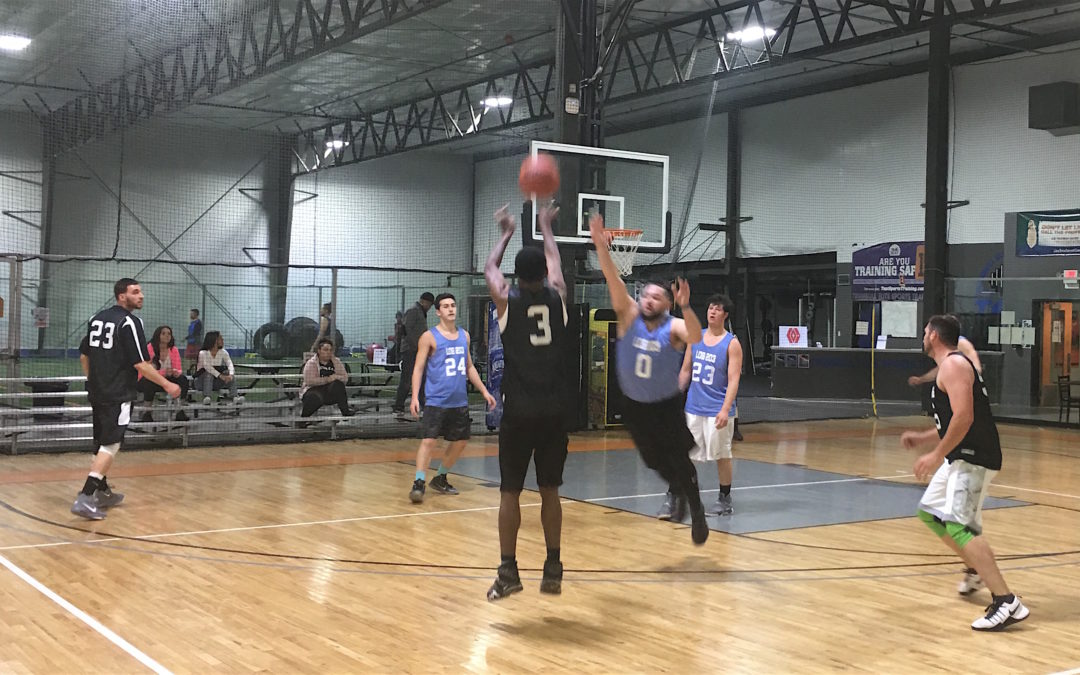 Mike Davis and company dominated a helpless Lob 203 team on Monday night, 105-74, to advance to the semifinals of the Winter 17 Legacy Leagues playoffs. Davis went on to score 24 of his game-high 37 points in the second half, all of which were from beyond the three-point line.

The Cereal Killers put up an impressive 68 points in the second half as they would seal the deal and advance to take on the fifth-seeded Monstars in the semifinals Tuesday night.

When asked about how the team was feeling following the win, Cereal Killers’ captain Ty Coward simply stated, “We got a game tomorrow, so I don’t want to talk about that game.”

The second quarter was another back-and-forth battle as Cody Dileonardo and Andrew Sampietro stepped up big for Lob 203, who turned the ball over 15 times in the first half. Andrew Martino and Paul Mirmina, the team’s leading scorers during the season, combined for only 5 points, while Dileonardo and Sampietro combined for 21 prior to the break. Davis would finish the first half with 13 points, four assists, and four steals as the Cereal Killers would take a 37-30 lead at the half.

Following the No Limit loss to Run TMC prior to this game on court 1, the Cereal Killers are now the only undefeated team left as they will attempt to keep the perfect record alive in Tuesday night’s semifinal matchup against a very physical Monstars team. This will be the first time these teams face off, as they did not play each other during the regular season.