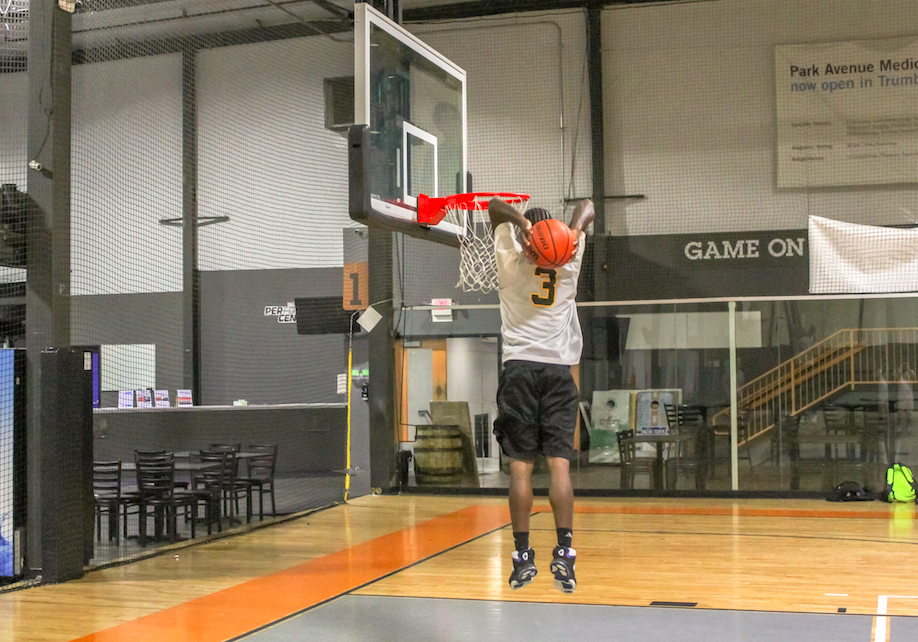 Shocker City cruises into the next round with a blowout win against Dinner Served 150-87. Mike Davis set the playoff scoring record with an easy 59 points. He went 17-26 on threes and could have had a lot more if he wanted. Davon Pratt added 34 points and 11 rebounds and Carmine Santorelli dropped a solid 20.

During this game, it looked like Dinner’s Served has never seen Shocker City play because their defense was very questionable. They were letting guys like Mike Davis shoot open threes. When you do that they are going to score 150 points in a playoff game.  Shocker Citys defense also led to easy buckets. They forced 18 turnovers in this one with Davis grabbing seven steals. Chris Rudzinski even added 12 points on the night showing how deep this Shocker team really is.

Dinner’s Served season comes to an end, however, they had a nice year. Kyle Coniglio had 28 points who has been solid all year, Tommy Sweeney added 25, and Matt Terasi scored 20 in the loss.

Shocker City gets ready to face the fourth-seeded Team Moose in the next round, who they already beat this year. Both teams are different since they played and it really should be a fun battle to watch.

Will Shocker City keep up the defensive pressure that was used to seeing from Team Moose and can Team Moose slow them down at all? That will be some of the keys in this game.

Carmine Santorelli after the game really liked the way they played together.

“We played really good as a team, and they were literally not guarding Mike, I don’t know what they were doing,” Santorelli said.

Shocker City will look to do more of the same in the Semifinals Thursday night with a spot in the Summer 18 Finals on the line.

“Every week our mindset is the same it doesn’t matter who we play.”