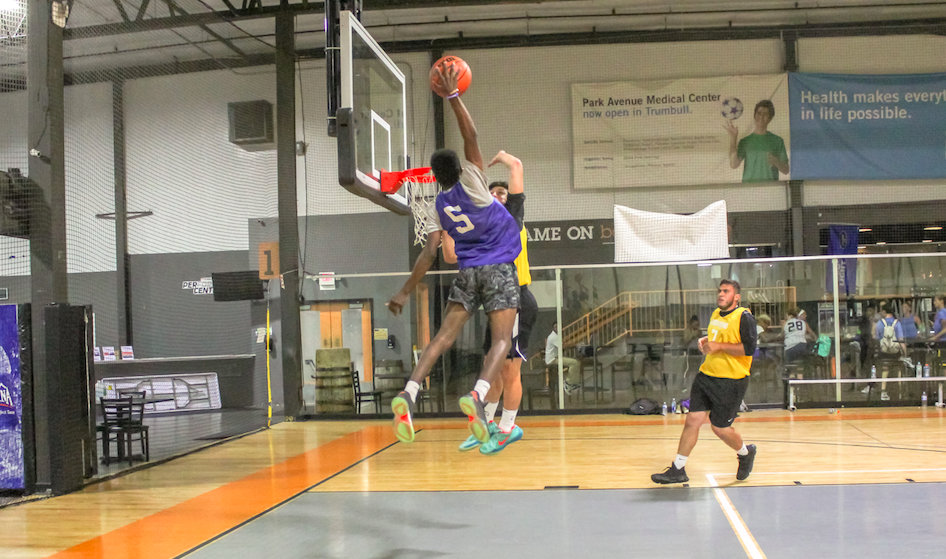 Run TMC crushed J’s Treys & Fadeaways, 113-71, behind an unbelievable shooting night. As a team, they shot 20-38 in a Golden State Warriors type win.

Will Hudson led the way with 27 points and 10 rebounds, Dom Migliaro added 25 and Joey Zocco who could not miss contributed 23 points. Eric Singleton was unstoppable missing a triple-double by just one assist. He cruised with 27 points, nine assists, and 10 rebounds while getting all his teammates involved.

Once again, Run TMC was without star guard Reggie Stewart, but the past two weeks they have rallied together and taken care of business without him. This win moves Run TMC to 7-1 as they end their impressive regular season next week against the Young Kings.

Joe Nemchek did everything he could to make this a game by scoring 24 points, but it just was not enough.  Their defense was unable to slow down Run TMC from three all night long. They look to bounce back against the struggling Blue Devils in their regular season finale.

“We executed well tonight, and that’s what happens when you got a team,” Bynum said.

“Once we get hot it’s going to be pretty hard to stop us, and were not even at full strength right now,” Migliaro said.

When this team gets to full strength the way that they’ve been playing will make this team a scary hot team in the playoffs that teams are going to be praying they don’t have to see.

Run TMC has been playing the way they feel they should be playing. They have not been at full strength in the past couple weeks and this game showed that any given player go off because they’re all capable of being big-time scorers in this league.

“Everybody contributes, everybody got a bucket tonight,” Bynum said.