Debnam, Lob City use huge second half run to advance to Semis 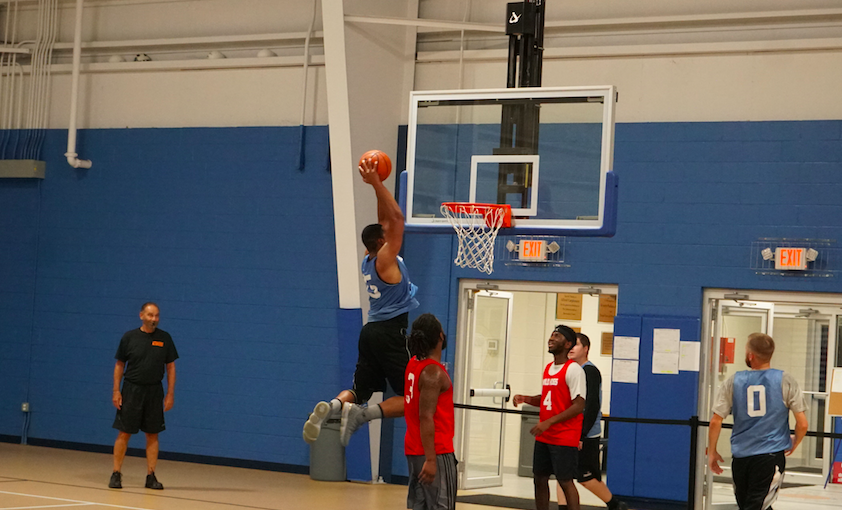 After a slow start for Lob City, they turned it up on the defensive end and coasted to a comfortable win over the Wild Hogs, 91-63, to advance to the Semifinals. Greg Holt notched a triple double, posting 19 points, 12 rebounds and 10 assists, to go along with Darius Debnam who finished with 24 points and 14 rebounds.

Joey Corro led the way for the Wild Hogs dropping 26 points and six rebounds of his own. Everybody was aggressive on the offensive end of the floor for both teams Tuesday night, but neither could seem to find their rhythm for much of the first half. Lob wasn’t worried about the shots they were missing early on.

“We’ve played enough basketball to realize a good shot, so we just kept playing our game, and as you saw we put it together,” Greg Holt said. “That’s what we do.”

Holt is one of the craftiest guards in the league, as he is able to break down defenses and and set up his teammates. However it was his hot three-point shooting Tuesday night that helped them create some breathing room early on in the third quarter.

“When they finally started missing shots, we got out in transition really well,” Holt said. “That’s a big strength of ours. We have a lot of guys that run the floor really well, and we find each other which makes it easy.”

They certainly made it look easy as they outscored the Wild Hogs by 25 points in the second half, including a 38-point fourth quarter explosion to put the nail in the coffin.

Turnovers played a big role in the loss for the Wild Hogs, as they doubled the amount of turnovers Lob City had with 12, while shooting just 23.3 person from beyond the arc.

Lob City moves on to face off against the six-seed Halfway Crooks in the Semifinals, who pulled off the lone upset of the Quarterfinals against the Swish Kabobs. Lob City handled them in their first match up of the season, so it should be interesting to see what adjustments the Halfway Crooks make with a spot in the Summer 18 Finals on the line.