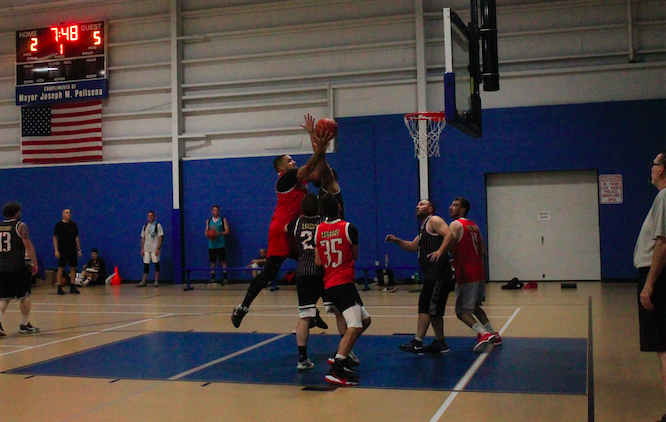 The Duje’s Boys trampled through a short handed Lob City team 83-63 to open up the Summer 21 season on a two-game win streak.

Vincent Volpe poured in 30 points while also knocking down eight threes in the victory. Lob City did not feature their best all-around player, Victor Kashouh Jr, to help do the dirty work for them. Being an exceptional scorer, rebounder, defender, and passer, Kashouh Jr.’s poise and prowess was in desperate need for Lob City.

Duje’s Boys stayed strapped up the in their perimeter defense, forcing Lob City to shoot 12.5 percent.

“Keep the defense up and shots are gonna fall no matter what,” said Shaine Patrick. And those shots did fall as Duje’s Boys knocked down 14 threes while shooting 38 percent from beyond the arc.

Although Lob City wasn’t at full strength, Colin Burns carried the load, dominating in the paint and shooting 77 percent from the field, en route to a 29 point performance. Lob City struggled in every other department other than rebounds, with their size propelling them to grab 37 rebounds.

Unfortunately for Duje’s Boys, Bryan Yarce, who provided 13 points, sustained an injury in the game. Yarce is a key component for the defending champs offense, providing floor spacing and playmaking ability to open up the floor. However, this did not stop Duje’s Boys offensive onslaught to finish the game strong.

“We just had our foot on their necks all night,” Patrick said. He supplied 14 points on 3-of-9 from three. The Duje’s Boys are hoping to see the return of Yarce in week three, when they take on the the Halfway Crooks, to keep their offense going with dynamic guard play.