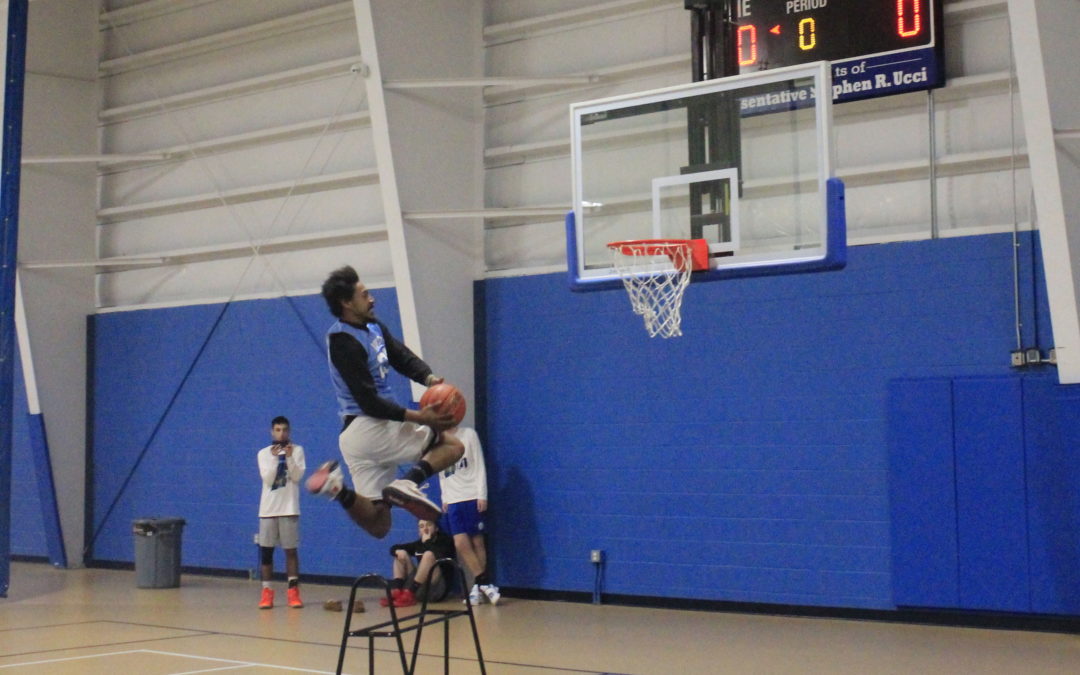 All-Star night in sports are always a great time where the league’s best players come together to compete in various events. For the Legacy Leagues, the three-point contest and the dunk contest preceded the All-Star game. These two events boast some of the best shooters in the league and some of the best high-flyers in the league. Jared Hanson and Victor Kashouh Jr took home the the hardware in the three-point contest and dunk contest, respectively.

Hanson beat out Corey Strickland, Justin Tabis, Gino Forte, Lucas Martin and his teammate Joey Zocco for the trophy. Going last both times, Hanson knew how much he needed to advance to the Final Round and to win it all. All he needed in the championship round was 11 and after winning the past two contests, he said he’ll be back next year.

“I plan on riding the wave,” said Hanson when asked if he would make enough threes next season to make it into the contest.

For Kashouh Jr, he went up against John Coutu, Brett Cody, Dave Campbell and Terrence Gallo. For his final dunk, Kashouh Jr jumped over a basketball rack. His opponent in the final, Dave Campbell, failed to make a dunk which guaranteed the victory for Kashouh Jr.

“I thought he [Campbell] had it in the bag, if he would’ve put it down cleanly he would’ve definitely beat me,” Kashouh Jr. said.

All-Star night was a precursor to a great Finals, as the following night featured Lob City capturing their second-straight championship over the Werewolves in double overtime.