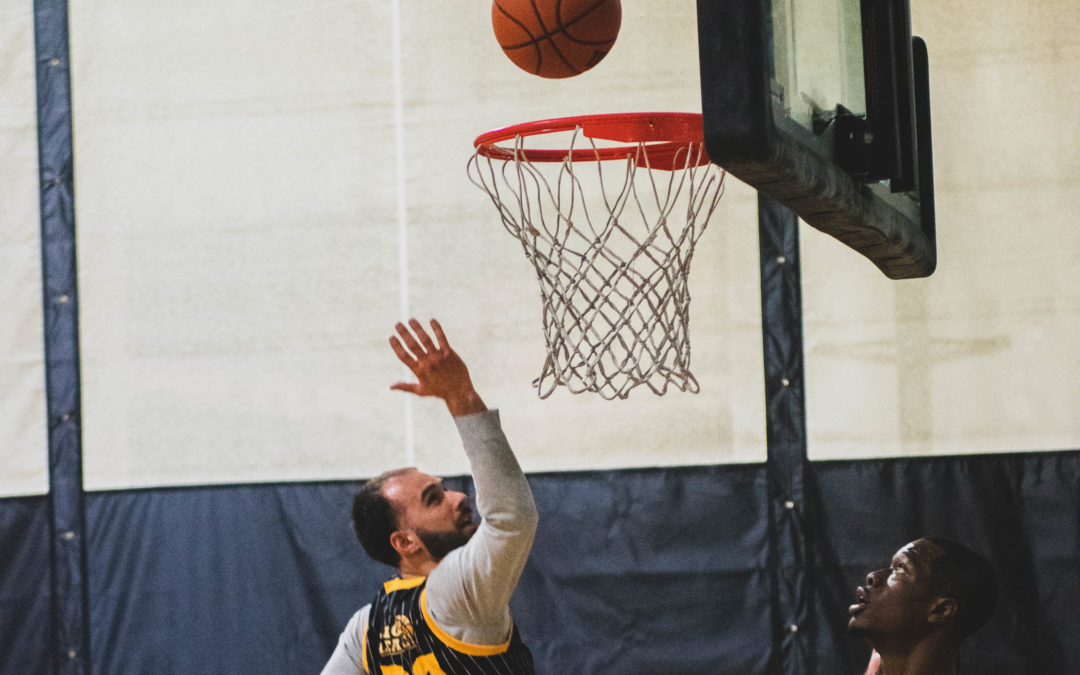 After wining the past two Legacy Leagues titles, Shocker City once again came out ready to play as they began their quest to win a third straight championship. Led by Carmine Santorelli’s 31 points, Shocker City dominated the Brick Layers 118-39 on opening night.

Shocker City is very confident in their chance to get a third straight championship.

“Three peat, that would be another one.” Davon Pratt said. “We will have another one right here.”

Shocker City only returns three players from their championship team from a season ago but captain Chris Rudzinski had no problem building another very talented team. Three of Shocker City’s new team members led the team in scoring. Santorelli made his return to the lineup scoring 31 points. David Armstrong had 26 points and Kintwon Miles had 24 in their team debuts.

Dunk after dunk and steal after steal was the story of Game 1 for Shocker City in their dominating performance. Shocker City simply outmatched the Brick Layers in every aspect of the game and were the more talented team.

This is definitely a skillful team but this may be their toughest road to a championship yet with a lot of other top tier squads around the league. The Redeem Team has emerged as a real championship threat and Run TMC and Flint Tropics are always title contenders.

Shocker City is definitely the team to beat once again this season and it will interesting to see how all of these new pieces continue to fit together. The two time defending champions hit the court again next week when they take on Nick Strong.