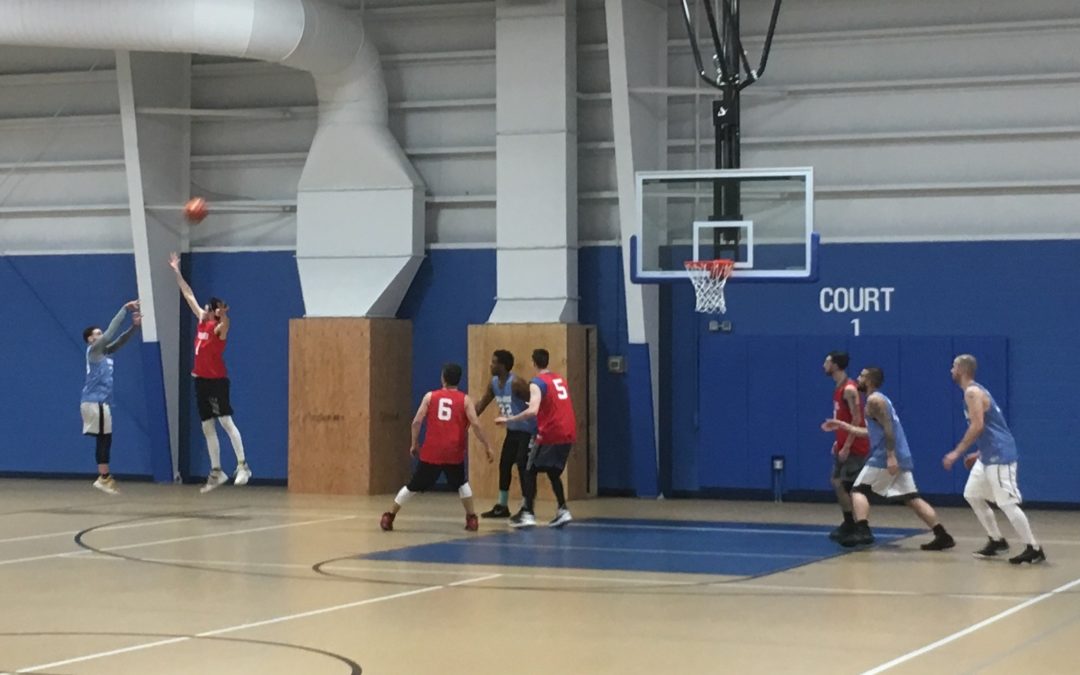 In a former intern battle between Tyler Barbosa and Mike Bandieri, Barbosa’s Swish Kabobs came out on top with an 81-56 victory.

“Pushed the ball, (we) got our buckets,” said Swish Kabobs’ Tezhan Massey. “Played some good defense. We did pretty good.”

Barbosa and Massey started, but Kyle Vieira had a great game off the bench with 18 points on 7-of-12 shooting. The trio of Barbosa, Massey and Vieira combined for 49 of their team’s 81, while being the only players to reach double-digits in scoring on their team.

This game was a very back-and-forth. That helped the Swish Kabobs more than their opponent due to their athleticism and how fast they’re able to convert defense to offense, not to mention a stellar second unit that can come in and play well, too.

For the Wild Hogs, Joe McDonald had 17 points on 6-of-12 shooting while hitting four from beyond the arc. Joey Coro had 12 points and a handful of high-flying dunks. Coro’s length and athleticism is hard to match, especially for the Swish Kabobs. He got into the paint with ease while also being a presence on the boards with seven.

The Wild Hogs really struggled from the field, shooting 39.3 percent. Swish Kabobs shot 57.4 percent from the field while connecting on 42 percent on their attempts from downtown. For the Wild Hogs to make this one a little closer, they needed to be more effective on the offensive end. That huge of a gap in field goal percentage while only committing two more turnovers is going to make it tougher on yourself to win.

Next week, the Wild Hogs (0-3) look to get their first win of the season against the Werewolves. The Swish Kabobs (3-0) are currently undefeated and are facing the commish and the Halfway Crooks.

“Same mindset, try to get that win,” Massey said about continuing the three-game win streak the Swish Kabobs are on to open the season.