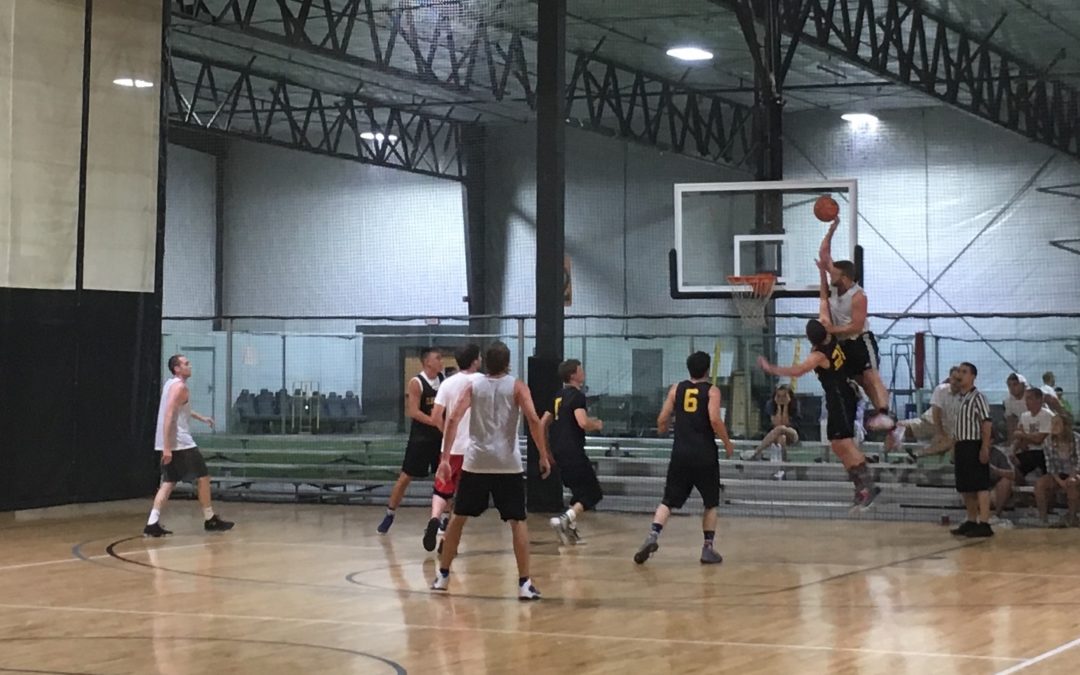 Team Moose only arrived to their Quarterfinals matchup with five players, but it was the Flint Tropics who had a gaping hole in their arsenal.

Without their big man Mike Bozzuto, the Tropics were dominated on the boards as Team Moose put the defensive clamps on and came away with a 59-41 win to advance to the semifinals against the top-seeded Monstars.

Bozzuto was clearly missed by the Tropics on Tuesday night as Team Moose had a 29-12 rebounding advantage. Matt Cyr did all he could by scoring 16 points on 7-of-11 shooting, all from inside the arc. However, the absence of Bozzuto and the defense of Team Moose was too much for the Tropics to overcome.

In classic Team Moose fashion, their defense came up big and didn’t surrender double digit points in a quarter until the fourth, when the game was all but decided.

Kevin Blake led the way offensively for Team Moose, scoring 26 points on 10-of-14 shooting. While Team Moose’s defensive effort was no surprise given their track record, Blake’s three-point shooting was highly unexpected from a Team Moose player, as he nailed four of his five three-point attempts.

The Tropics head into the offseason having advanced to the quarterfinals in their first season of existence, and have plenty of optimism to built off of should they decide to make a return to the Legacy Leagues. As for Team Moose, a tougher task awaits them on Thursday night when the Monstars and their high-scoring offense look to crack the armor of the Team Moose defense.