Defense helps Boston Blazers get back on track 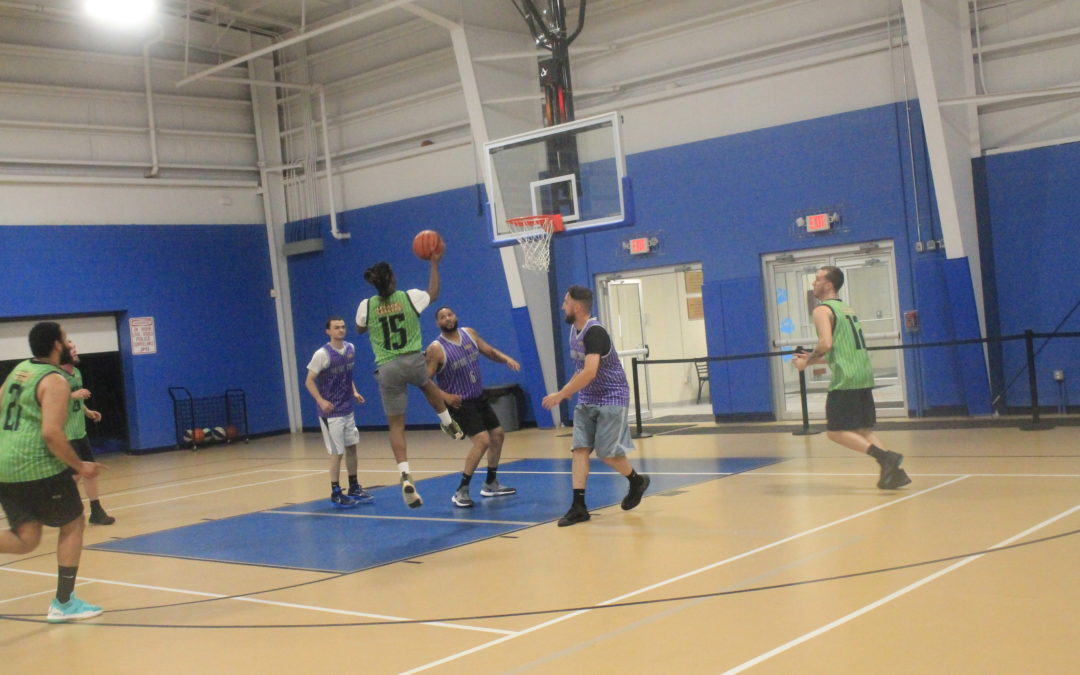 After a slip up last week against Good U, the Boston Blazers got right back in the win column with a 63-50 win over the Halfway Crooks.

The Halfway Crooks put up a fight in the early part of the game despite playing down a man for the beginning of the first quarter.

A few big three-pointers from Joey Zocco kept the game close throughout the first, but the Boston Blazers focused in on their identity during the second quarter to help build a small lead heading into halftime.

That identity that is so important for the Blazers is built on defense and rebounding. The Blazers defense gave them a five-point lead at halftime that the team would not relinquish.

“Last week we played sluggish and we had a rough start,” James Mitchell said. “Our defense was terrible (last week). This week we came out and tried to focus on defense.”

Mitchell may not usually be the player that stands out on the Boston Blazers roster, but he embodies their identity so well and his performance on Tuesday showed his importance as he finished with 12 points, eight rebounds and four blocks.

Mitchell takes pride in being the team’s defensive organizer and he knows that this role is vital to his team’s success going forward.

The thing that makes this role unique for Mitchell is the fact that many other teams in the league do not have someone that can organize their team defensively. Mitchell has excelled in this role all season and the Boston Blazers will continue to rely on him as they look to be one of the top teams come the end of the season.