Degnan propels Good U to the Semifinals 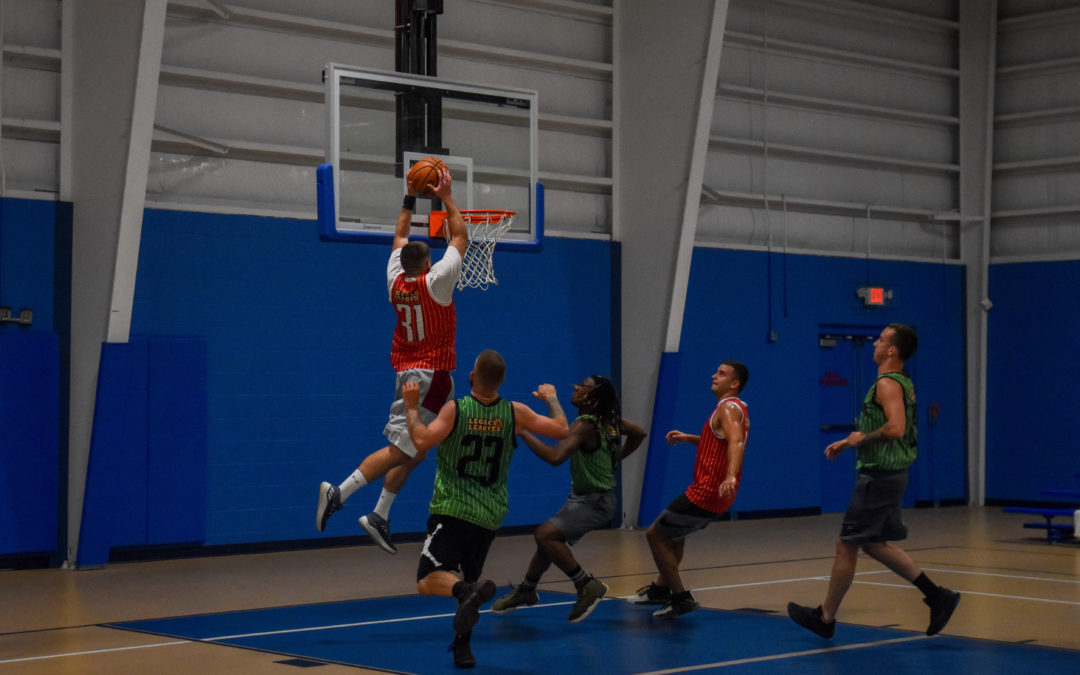 With just four players and a nine-point deficit staring Good U in the face their chances of advancing looked bleak against an experienced Boston Blazers team. The one thing that Good U did have going for them was Brendan Degnan as he carried his team to an 81-75 win to advance to the Semifinals.

Degnan led all scorers with 39 points on an efficient 13-of-18 shooting. His defense and rebounding was also clutch, as he kick-started the fourth quarter with timely buckets to help lift Good U to the win.

“It’s our first year in the league. We’re just trying to come out here and win some games,” Good U’s Kyle Kelaghan said. “We are happy to be in the Semifinals.”

Corey Strickland is an important part of the Boston Blazers team and unfortunately for him and his team, Strickland rolled his ankle just minutes into the game. This injury did not force Strickland out of the game, but it limited his production as he finished the game with just five points.

Good U has been known to get off to slow starts and that’s exactly what they did in the first and third quarters, but it was their second and fourth quarters that got them the win. Good U trailed by five at the end of the first quarter before tying the game up at halftime. Then they were down nine at the end of the third quarter before finally taking the lead early in the fourth.

“I think we were just missing shots early and the other team was making theirs,” Kelaghan said. “We got on a nice little run in the fourth quarter to make a comeback.”

When many teams get tired because they do not have subs Good U got stronger and most importantly Degnan became stronger. With his parents watching from the stands Degnan put on a show as he scored a game-high 39 points.

It was not only Degnan who got the job done for Good U, but Kelaghan also chipped in with 26 points. Degnan and Kelaghan helped Good U escape with a win to advance to the Semifinals next week where they will have a rematch with Lob City, who is the No. 2 seed and the higher seed left in the playoffs following no.1-seed Boom-Shakalaka’s loss to the ninth-seeded Duje’s Boys.