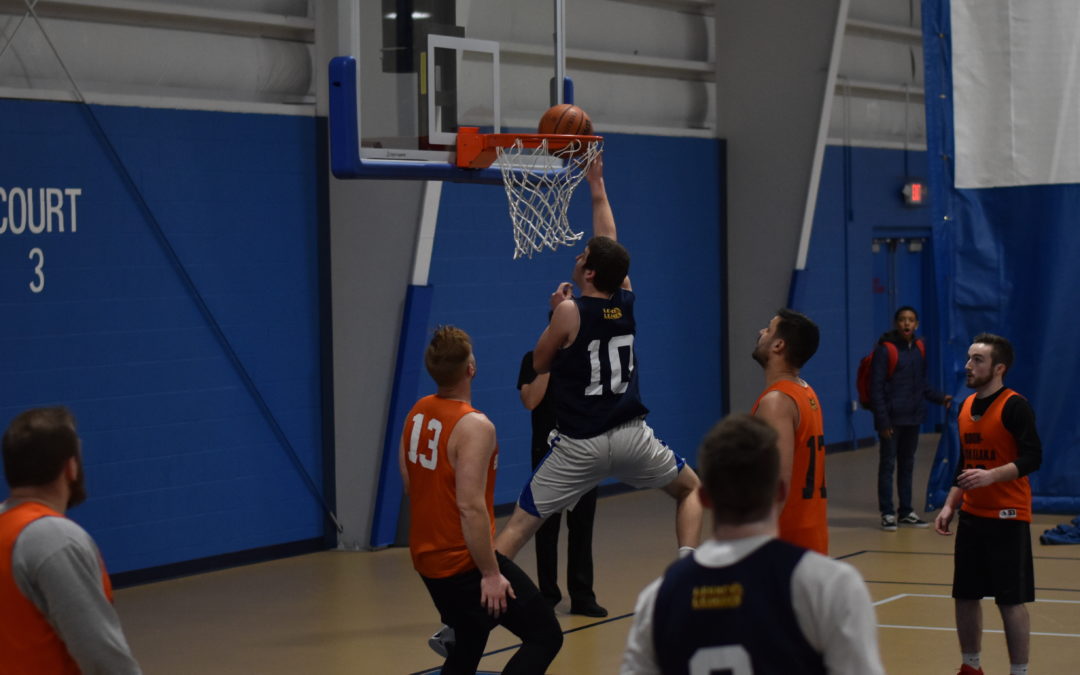 The Legacy Leagues usually does not feature many upsets in the playoffs, but we saw the first one in either league take place Wednesday night in Rhode Island. The sixth-seeded Werewolves took down the third-seeded Boom-Shakalaka, 77-65, in the Winter 19 Quarterfinals.

The Werewolves used a 21-13 second quarter to gain momentum, and then rode that momentum throughout much of the second half until pulling away in the final minutes to secure the win. Brian Heston and Brandon Sweeney went back and forth all game. Heston scored 30 points, while Sweeney dropped 29 including six threes.

“We just knew once we got our momentum going and started getting buckets that it would keep rolling,” the Werewolves Rob Corsi said “We also knew they were low on men and if we kept running, kept playing in transition and kept our head down that it would work.”

Dave Campbell and Brian Heston each had double-doubles, while Gino Forte made some clutch shots to add that third scoring option the Werewolves have so desperately searched for throughout their Legacy Leagues run. Campbell finished with 22 points and 13 rebounds.

“Dave just adds a whole other option” Corsi said. “It’s pretty much like adding another Brian to the team. He can shoot threes, he can drive, he can work in the post which he showed a lot tonight. It just opens up another option, and a lot of teams can’t guard three different people at all times.” 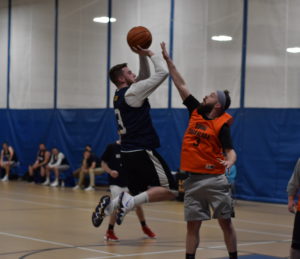 Dave Campbell has been a spark plug for the Werewolves, and the Quarterfinals versus Boom-Shakalaka was no different

The trio of Heston, Campbell and Forte have helped the Werewolves advance to the Semifinals, where they will need all three to be clicking to keep up with their opponent, the second-seeded and one-loss Halfway Crooks. The Halfway Crooks beat the Werewolves, 77-68, in Week 8 this season.

Both teams had their full rosters for that matchup, and sources have said both teams will more than likely be without key pieces in this Semifinal matchup. The Werwolves are expected to be without Gino Forte, while the Halfway Crooks will likely take the floor without Brett Cody or Dylan Lincoln.

The Werewolves out-rebounded Boom-Shakalaka 37-26 in the Quarterfinals, and will need to keep that edge against the Halfway Crooks if they want to keep their upset chances alive. The Werewolves depth can be advantageous in the Semifinals, but in a one-and-done situation that may not matter as both teams know what is at stake.

The Werewolves and Halfway Crooks were both in the Semifinal a season ago, and neither made it to the Finals. The Werewolves lost to Boom-Shakalaka in the Summer 2018 Final Four, and after getting some revenge on Boom-Shakalaka this Winter they like their chances much better this season.

“In my opinion there is not much you can do when we are clicking on all cylinders,” Corsi said. “We’re pretty confident.”