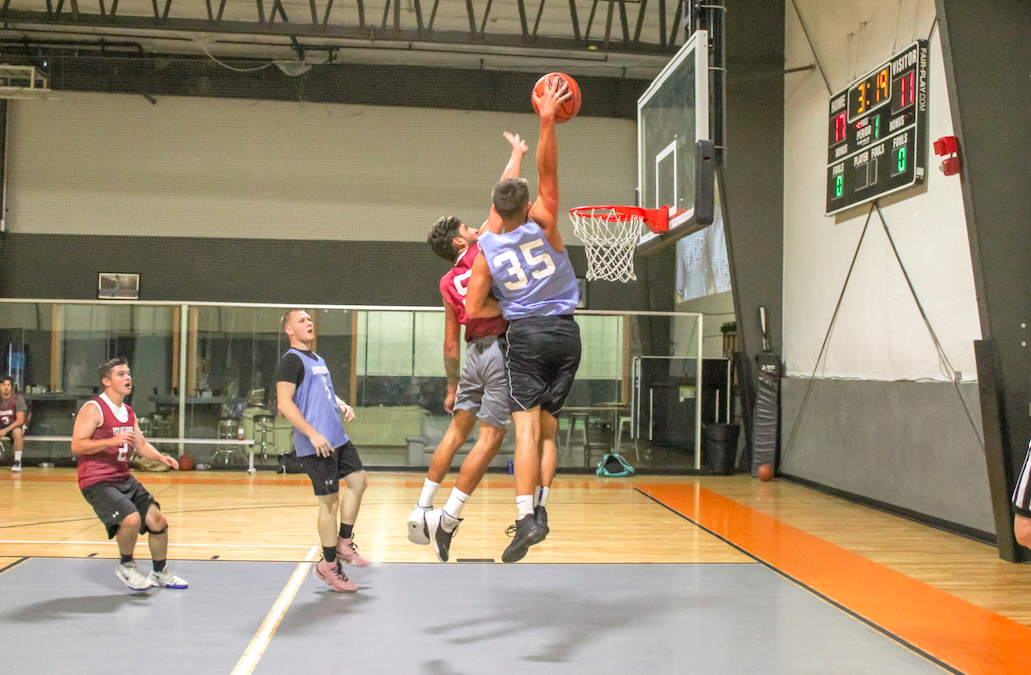 In what was the best game of the night, Dinner Served prevailed and defeated the Young Kings 76-73 in an exciting game. It was a battle of the dynamic duos in this game as Matt Terrasi led the way for Dinners Served with 34 points seven rebounds and six assists, and Kyle Coniglio doing his thing contributing with 23 points.

These two studs combined for 57 of their 76 points and can be a really scary duo heading into the playoffs. If these two get hot, Dinner Served can be putting some teams on upset alert.

The other big duo in this game was Myles Raymond and Marquis Davis.  Raymond had an impressive 29 points and nine rebounds while Davis added 24 and eight boards.  These two have been two of the better players in the league and they did everything they can tonight to keep their team in the game but ended up falling short.

They key in this game was free throws.  Dinner Served ended up shooting an impressive 12-16 at the line which helped maintain the lead late in the game. The Young Kings outplayed Dinner Served in the second half by outscoring them by 12 however, it just was not enough.  Nick Stauber of Dinner Served credits the Young Kings and the lack of effort shown by his teammates for the comeback.

“We were getting a little sloppy, not a lot of players were playing defense,” Stauber said.

Terrasi and company just kept hitting big shot after big shot which made up for the lack of effort.

Dinner Served looks to stay hot as they wrap up their season against Team Moose, while Young Kings look to bounce back and stun a red-hot Run TMC team.

Dinner Served looked much better this week after some sloppy play earlier on in the season.  Stauber credits the chemistry on how they have improved.

“Our ball movement and getting each other rebounds…shots in the paint too…We need to get as many dubs as possible and make sure we cop the dub,” Stauber added.