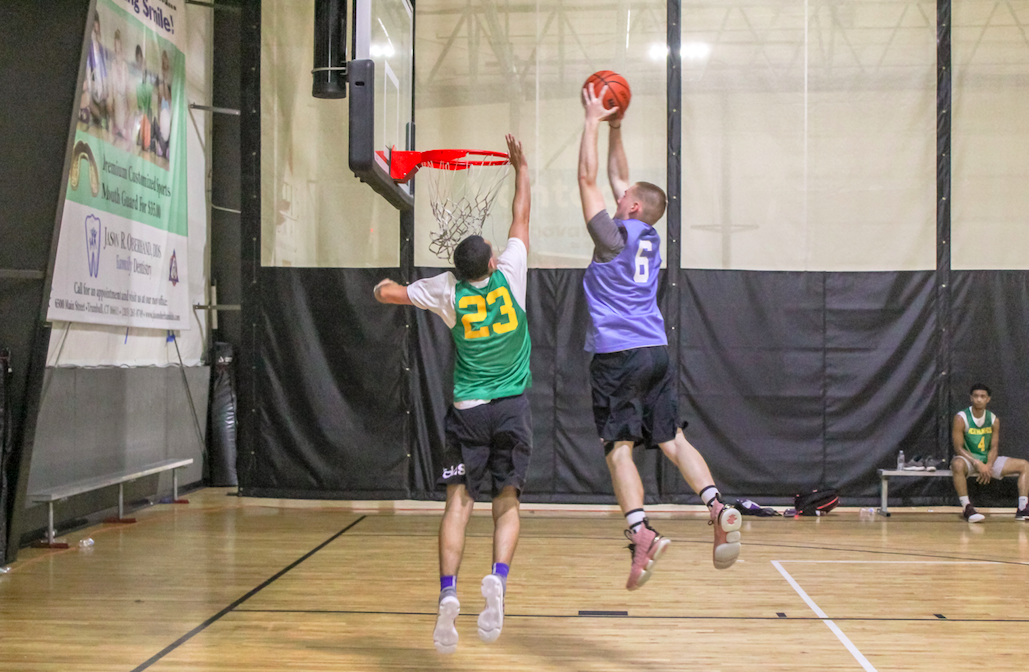 The dominant duo of Dinners Served‘s Matt Terrasi and Kyle Coniglio carried their team (2-5) to an 81-68 win over the Head Hunchos (2-5).

Aside from a lopsided third quarter, both teams played a game of back-and-forth basketball on Monday night in Trumbull, Connecticut.

Despite being up by just four points at the half, Dinner’s Served came out flying in the third quarter to increase their lead to 66-41 by the final quarter of the game. But offensive efforts aside, the team played a more well-rounded game this time around.

“We finally boxed out, we never did that before and got the win,” Alex DeMeis said following the game. “We always were good on offense, but we just never played good defense.”

And tonight, defense proved to be a strong suit for Dinners Served, as they allowed just seven points in that big third quarter.

Another source of the win came from the lack of ability from some of the Head Hunchos’ bench players, like Danny Bartoli, who finished with just eight points after scoring 29 in last week’s tight loss to the Young Kings.

Both Keenan Carey and Brett Cody finished the night with respective double-doubles, but the void from others surrounding those two — as well as Kevin Bott, who ended the night with 17 points — was not enough to match the fire power Dinner’s Served brought with their duo.

However, once Coniglio left the game following the third quarter, the Head Hunchos had a late offensive surge, but it was simply too little too late as they couldn’t keep up the pace against the ticking clock.

Cody had a pair of powerful one-handed jams that hyped his team up, but ensuing three-pointers, a pair of almost-identical alley-oops and finally a breakaway tomahawk dunk from Terrasi acted as the daggers in the heart of the Head Hunchos.

Now that Dinners Served is amongst the six teams with a 2-5 record, what is it going to take to get that third win?

“We just have to play exactly like we did today and we’ll get an easy win,” DeMeis added.

That opportunity for Dinners Served to improve to 3-5 next week will come when they play the Young Kings (2-5). For the Head Hunchos, they too will look for a 3-5 record, but will have to beat Team Moose (5-2) to do so.