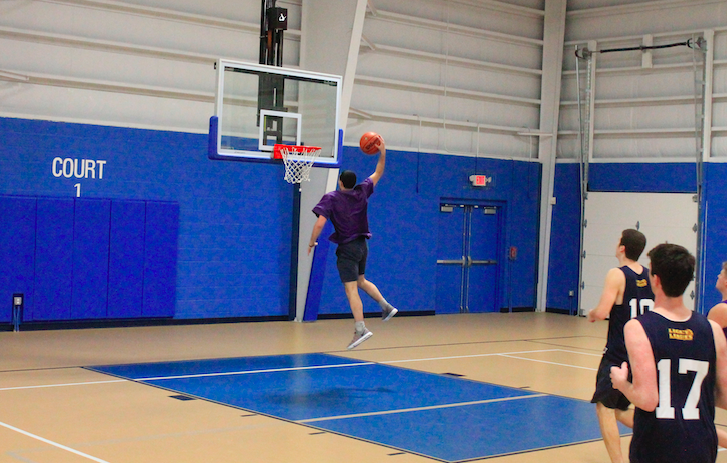 The Halfway Crooks really used the three ball to their advantage tonight making 11 of them. This balanced attack included five different players making a three pointer.

“When it’s going in, it feels good,” Halfway Crook’s Joey Zocco said. “That is a big part of our game. They went zone for a little while and it was a little disrespectful to a lot of our players.”

The Halfway Crooks won the 2nd quarter 26-8 and the game was pretty much over at halftime. Brett Cody was the story of the game tonight on both ends of the floor with 19 points, eight rebounds, and a very impressive five blocks.

Him [Brett Cody]being able to guard one of the best players in the league in Brian Heston,” Joey Zocco said. “We didn’t have to worry as much about Brian [Heston] because we knew Brett [Cody] had him.”