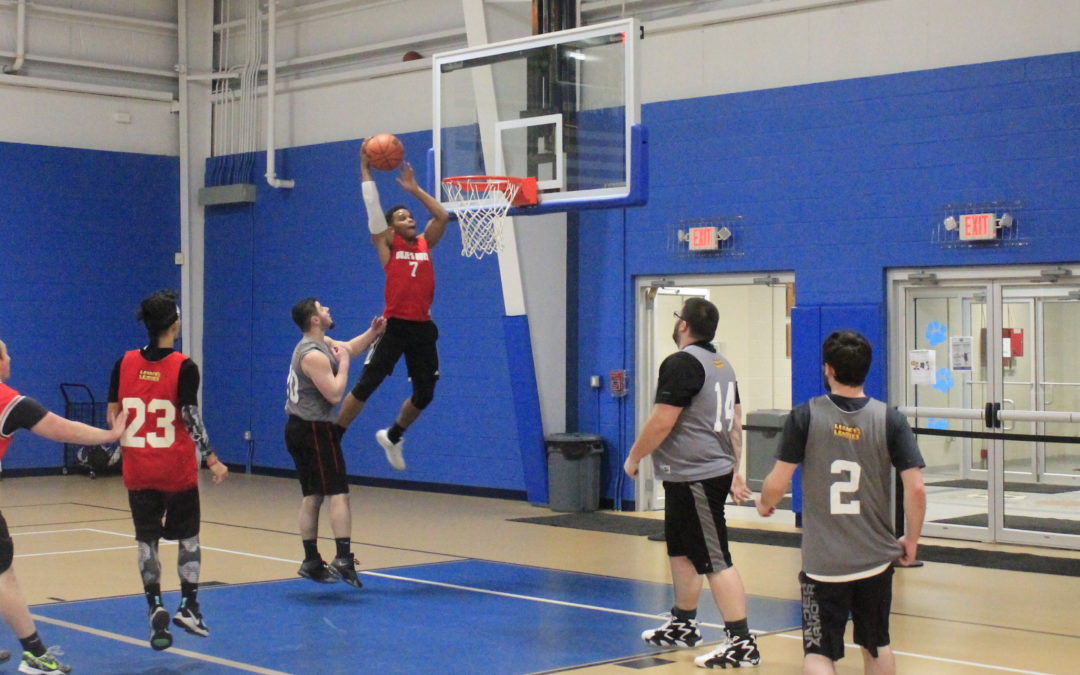 Legacy Leagues rookie John Coutu had a great regular season, and continued his great play in the playoffs leading Dujes Boys to a 73-55 win over the Alaskan Bull Worms.

Coutu had an impressive 34 points and 18 rebounds and dominated the entire game. On the season he is averaging 26.5 points, 14.0 rebounds, and 5.1 assists. This Duje’s Boys team and especially Coutu have improved more and more as the season has gone on.

“The first couple of games we looked like hot garbage,” John Coutu said. “But when we started running fast breaks and playing zone everything has worked out.”

Despite shooting just 14 percent from three in this game, they were able to get the win mostly because of their defensive effort. However, if the Duje’s Boys want to beat the defending champion and top-seeded Lob City in the Quarterfinals, they will need to shoot the ball much better. 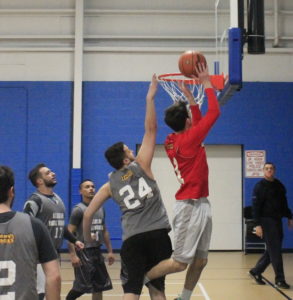 “We just have to play tough. They run a lot and they hit a lot of threes,” John Coutu said talking about his team’s matchup against Lob City. “Hopefully we can hit more shots than them.”

Coutu is definitely one of the best players in the league but he is going to need a lot of help if they want to pull off the upset against Lob City. Coutu will get his points, but this game will come down to if Aaron Avant and Jordan Lugo can get hot.

“One thing we talked about with Coach Krusz is, the one way to beat Lob City is to score more points than them during the game so hopefully that works,” Avant joked.