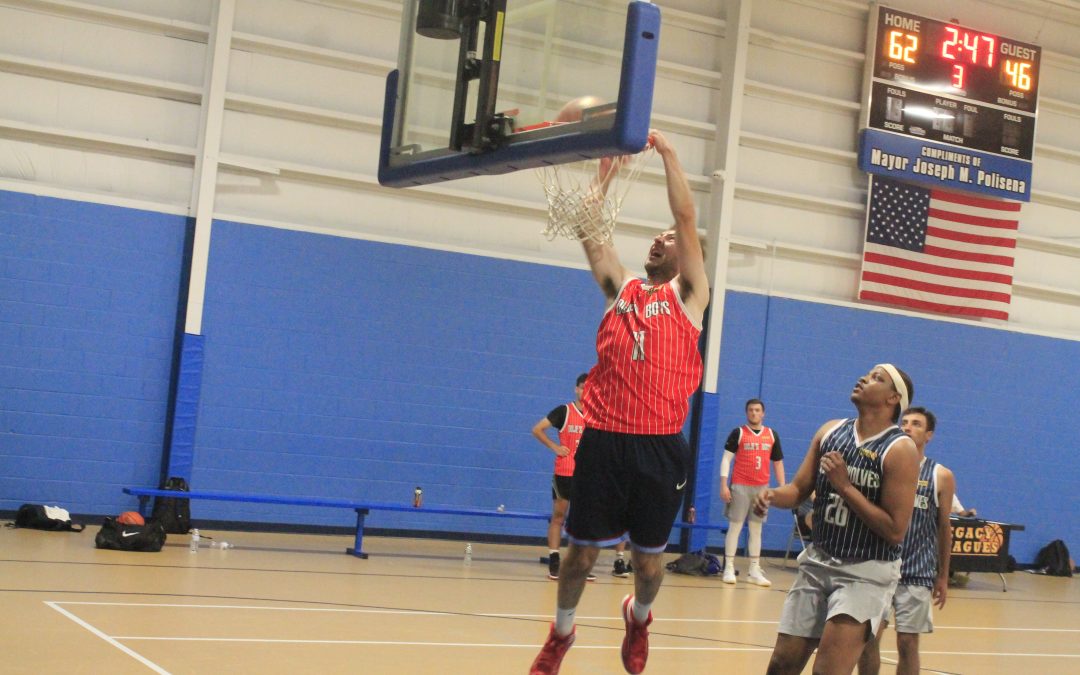 “This is one we wanted bad from last year, this was a big win for us, we dont usually get excited for regular season wins but this is one we had marked on the calendar, they are the little boys and the big boys beat them,” said Shaine Patrick as him and the Dujes Boys pulled out the win against the Ozone Boys, 82-70, in week 6 of the regular season.

The Dujes Boys had solid control of the first half, winning the first quarter by six points and then the second quarter by 10 points. The Ozone Boys tightened up the second half, tied the third quarter 19-19, and then won the fourth quarter by four points. However, that was not enough to stop the Dujes Boys, who won by 12 points.

When asked what they need to improve on to win by a larger margin next week, Patrick replied, “Its a game of runs that is how we have been playing, our shots have always been falling consistently, we have been getting into our groove like we said last week, we have to keep doing what we have been doing.”

The Dujes Boys had their two main scorers show up at the top of the box score. John Coutu scored 27 points on 55% shooting while snagging ten rebounds and five assists. Vincent Volpe scored 25 at a 55% clip and with 11 boards, a block, and a steal. Bryan Yarce had a big game scoring 15 points on 62% shooting and a game-high four steals.

The Dujes Boys will be looking to finish the regular season undefeated at 7-0 as they go up against the Orcas. The Dujes Boys have already clinched the No. 1 seed for the playoffs, so they will not have to play in the first round next week; they go right to the quarterfinals. The Ozone Boys are going up against Good U, who share the same record as them, (3-3). This will be a big game for both as this will determine how the seeding for round one next week happens. Both of these games should be exciting, with a lot riding on the line.

When asked what do the Dujes Boys need to do to win against the Orcas and finish the regular season undefeated, Patrick commented saying, “We are ready for the playoffs, we locked up that one seed, we are going to be doing some tune up work to make sure we are ready to go back to back, I get to play against by buddy Dexter next week so I’m looking forward to that as always.”