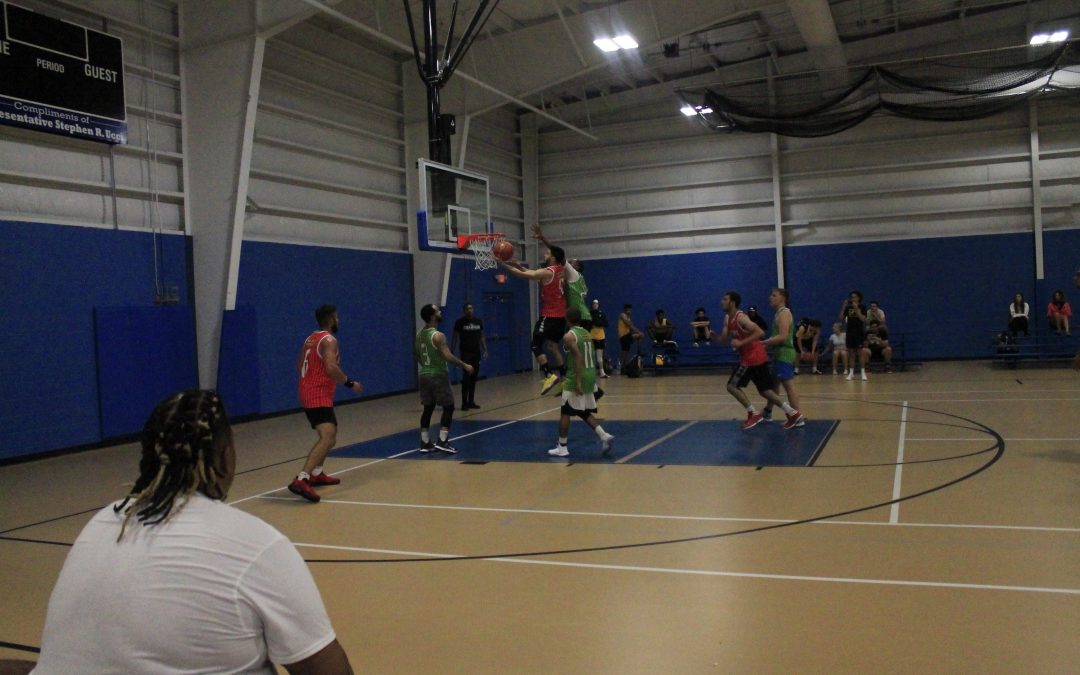 John Coutu and the Duje’s Boys continued their undefeated streak after their Week 4, 90-70, win against Sin City.

“After playing together for about a year and a half, we kind of found a formula that works for us and we just keep grinding with it game after game to keep building the confidence.” Coutu said.

It was a shooters game with Duje’s Boys, nearly doubling the amount of the threes made by Sin City, totaling 14. Coutu lead the Duje’s Boys in the scoring department with 44 points and shooting 75-percent from both the field and beyond the arc, knocking down 6-of-8 attempted threes. Both teams appeared to have a slow start in the first quarter with Sin City scoring 11 total points and Duje’s Boys at 15. However, the following quarters would prove to be key to Duje’s Boys 20 point victory.

When asked about how these wins affect their confidence, Coutu responded, “with each win, our team develops more chemistry.”

When asked about the team’s passion and energy going into every game, Coutu continued, “we’re very passionate about the game, our big man Shaine loves the chirping and communication on and off the court”

Duje’s Boys look to continue their four game winning streak next week against Good U, who currently sits at third in the standings. Meanwhile, Sin City will face off against a similar Orcas team both having a .500 win percentage.

Duje’s Boys know to remain humble and take it one game at a time. Coutu concluded, “Good things will happen the harder you play.”