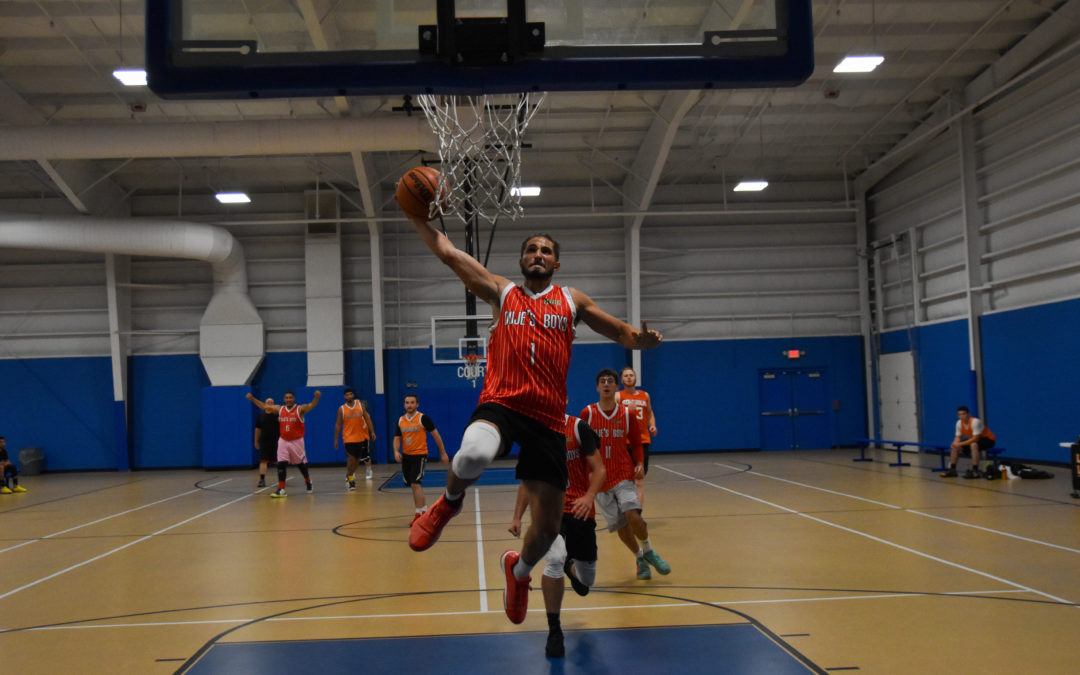 We had a March Madness-style upset Tuesday night with the nine-seeded Duje’s Boys knocking off the top-seeded Boom-Shakalaka in the Quarterfinals, 76-68, in front of a raucous crowd. To say not many saw this one coming would be an understatement, but the Duje’s Boys have a confidence and swagger that make them believe they can beat anyone on any given night.

That confidence is part of why they’ll be in the Semifinals on Tuesday night.

Coming into the game there was a lot of back and forth on Twitter between both teams. The Duje’s Boys got the better of them there, too, so it was clear this was going to be an intense game. The playoff-type vibe was in the air creating an epic showdown.

John Coutu shined, recording an MVP-caliber performance to lead his team. Coutu finished with 26 points, 18 rebounds and seven assists in the biggest game of his Legacy League career.

“That was all heart, all determination, these guys busted their asses,” Shaine Patrick said. “This is the best team in this league, and I put that on my life.”

The Duje’s Boys have a big three on the court thats good enough to combine for 60-plus points every night. John Coutu, Vincent Volpe, and Zach Tartaglia combined for 68 points in their Quarterfinal win on 27-of-46 shooting. Those three were enough to tie Boom-Shakalaka on the night, but five from Nick DiDonato and three from Shaine Patrick pushed them over the edge.

“Hats off to Duje’s Boys, they were the better team tonight,” Former All-Star Marc Belleville said on Twitter. “Go get that chip.”

This year’s regular season Most Valuable Player candidate Jose Mercado didn’t have his best performance of the season. Based off the numbers it was actually his least productive. After scoring 50 points the first time these two teams played, Mercado finished with 17 points on 6-of-14 shooting.

The Duje’s Boys will take on the fifth-seeded Werewolves in the Semifinals on Tuesday night, a rematch of a Week 1 contest where the Werewolves narrowly squeaked out the win.